Wine Production as a Family Tradition

If you are into serene settings, stunning nature and flirting with the amazing wine flavours, Winery Marijanović is definitely an icing on a cake of famous Herzegovina Wine Route. This charming piece of heaven is located in the heart of Herzegovina, in a small village Služanj which is in municipality of Čitluk and only 6 kms from Međugorje.

Winery Marijanović is a small family business with decades of experience. Annually, winery is producing around 30.000 l of wine in a 70.000 l of current capacity. The reason is very simple – always put quality in front of the quantity. 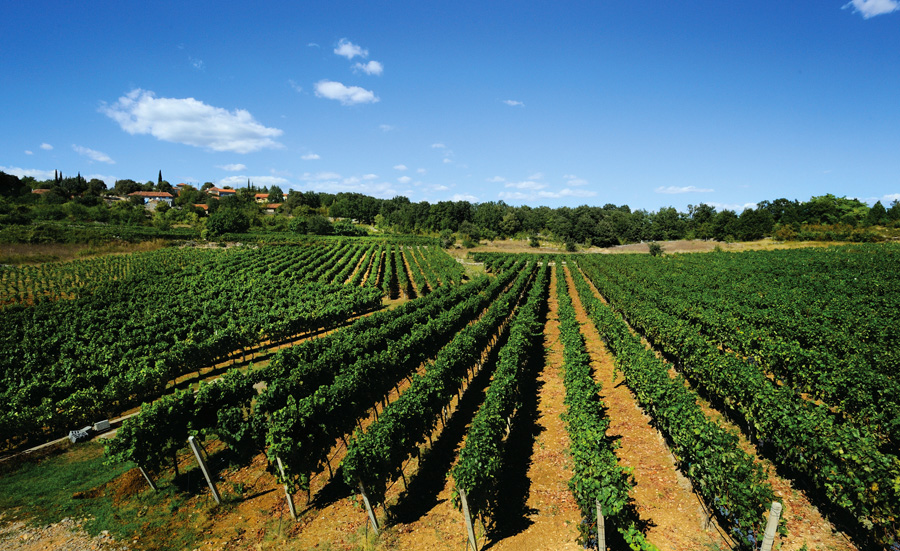 Today, their entire vineyard is located just around the amazing wine cellar. Just imagine a beautiful and serene stroll through the labyrinth of fertile land, with a glass of the finest wine and embraced by the Herzegovinian sun.

The vineyards in Herzegovina are usually fragmented. Almost every winery in this region owns at least two or three vineyards on a different spot. This was initially the case with the Marijanović family as well. However, throughout the years, and a lot of effort and land purchase, family managed to enlarge their vineyard while keeping it at one same place through 25 different contracts.

In addition to being absolutely fascinating for this region, and testifying the family’s commitment to work, the immediate vicinity of vineyards and cellars is also extremely significant for wine producing process. This way, harvested grapes can reach the cellar for processing in a very short time preventing the oxidation, one of the greatest wine enemies.

The Marijanović Wine cellar is equipped with modern technology for controlled fermentation and cold stabilisation of both red and white wines. The family has two types of barrels. Stainless steel barrels produce young, fresh wines with a rich aroma, while more mature and strong wines are being treasured in ‘barrique’ barrels.

Tasting the amazing 33 barrique for the first time directly from the barrel is an absolutely incredible experience. Josip discovered his love towards wine production from an early age, while helping his grandfather maintaining the vineyards. That experience was a significant help through his enology studies which upgraded and enhanced his knowledge.

Prince of Wine from Herzegovina

As soon as you step into the serene setting of Marijanović winery you will feel the passion which makes the wine producing not only a family business, but a way of life. An imposing wine cellar and wine tasting area which are nested just in the middle of the vineyards will drag you into the world of wine you haven’t experienced so far, and surprise your palates with completely new and elegant wine flavours.

Josip, or as we felt free to name him, the charming prince of Herzegovina Wine Route, is one of the kindest and, most likely, one of the most knowledgable enologist you will have a chance to meet. An absolute devotion and knowledge which he will passionately share with you will make you want to stay in this hidden Herzegovinian gem for as long as long possible. 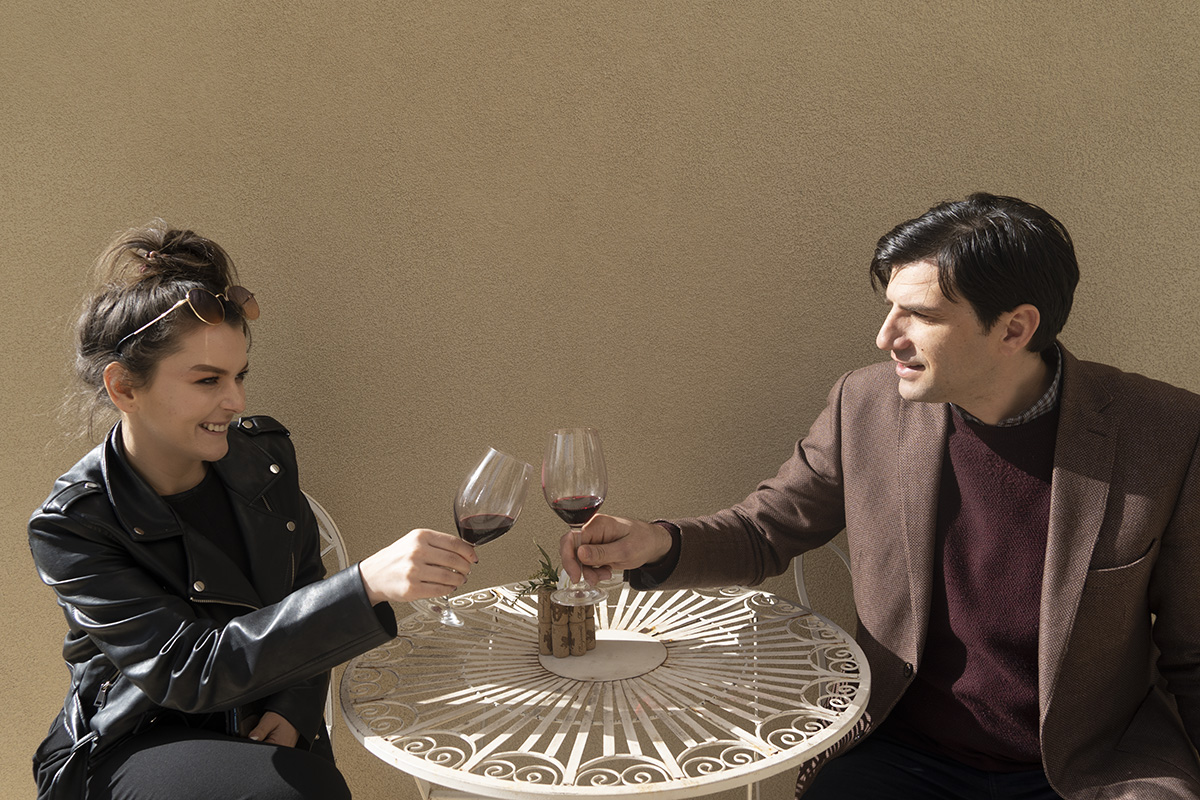 After completing his studies, Josip gave the family business a bit more ambitious contours. Together with his father, he made a real family wine empire and became famous across the country, region and world.

However, the story does not end here. Today, family Marijanović has also decided to level up their services and built a unique hotel in the very heart of their vineyard. The hotel should consist of approximately 30 rooms and it is expected to welcome guests already in Summer 2021.

Just imagine  enjoying the finest wine flavours from the swimming pool or your room terrace overlooking vast vineyard and thousands of shades of green and purple. Absolutely amazing, isn’t it? 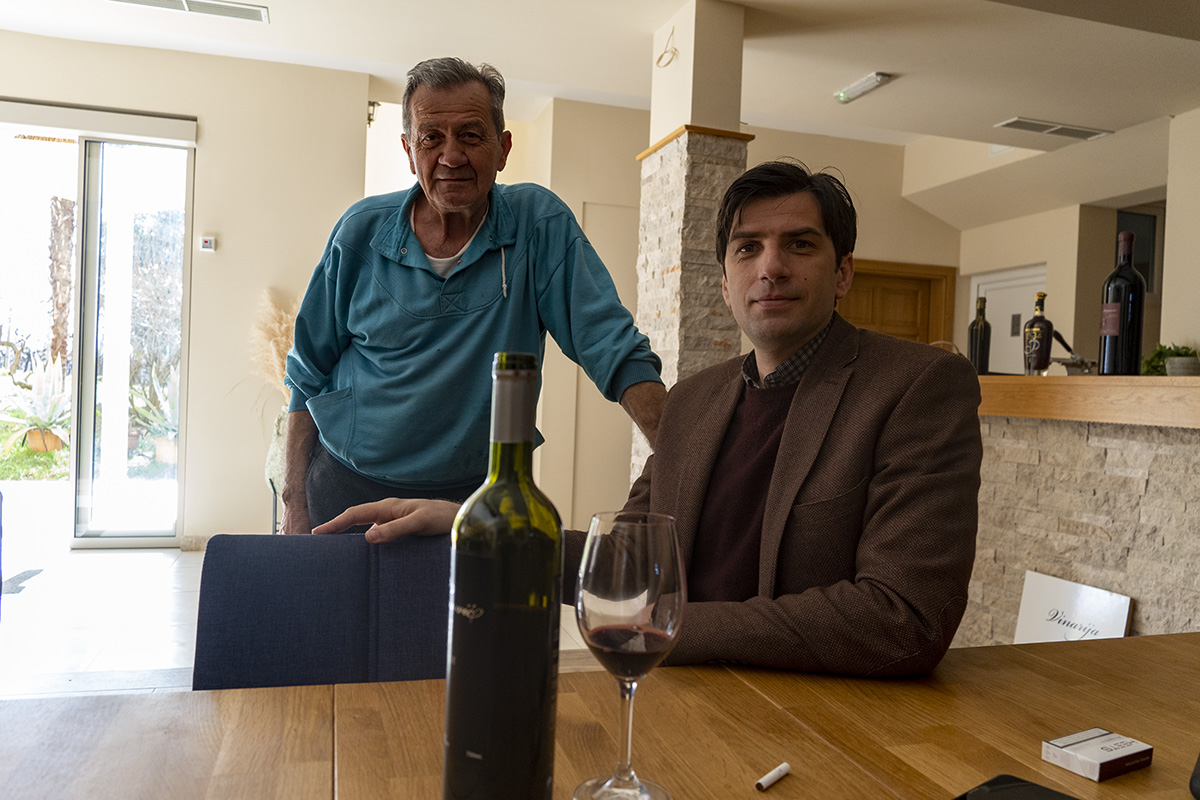 Drago, father of Josip, is one of the most important figures in the history of winemaking in Herzegovina. In addition to developing his own business, he was also one of the most important persons in the Čitluk Winery he earlier worked for. At the time, after completing his studies in Zagreb, he was given the task of organising and completing the construction of the famous Stone Vineyards in Herzegovina.

Having in mind that the entire plateau is in as much as 80% of the stone, this was a quite challenging task. Work on the plateau lasted from 1981 to 1984. Soon these vineyards, which are symbolically called “Stone Vineyards”, became a fertile oasis and absolutely unique in the world.

Just as most of the wine producers of the region, Marijanović Family is involved in tracing the perfect flavours from obscure Žilavka and Blatina grapes. However, for quite some time they are also teasing the palates of their fans by their Syrah (Shiraz) and Cabernet Sauvignon.

Žilavka is a premium white dry wine with a distinctive aroma and harmonious flavours. It was even enjoyed by Bosnian ban Tvrtko in 14th century. Marijanović Family produces: Žilavka Marijanović, Žilavka Late Harvest and Žilavka Selekcija.

Blatina is a premium red dry wine with dark ruby-red colour and it is highly appreciated for its rich varietal flavour. At Marijanović Winery you can taste some of their famous Blatina Marijanović and Blatina Barrique. 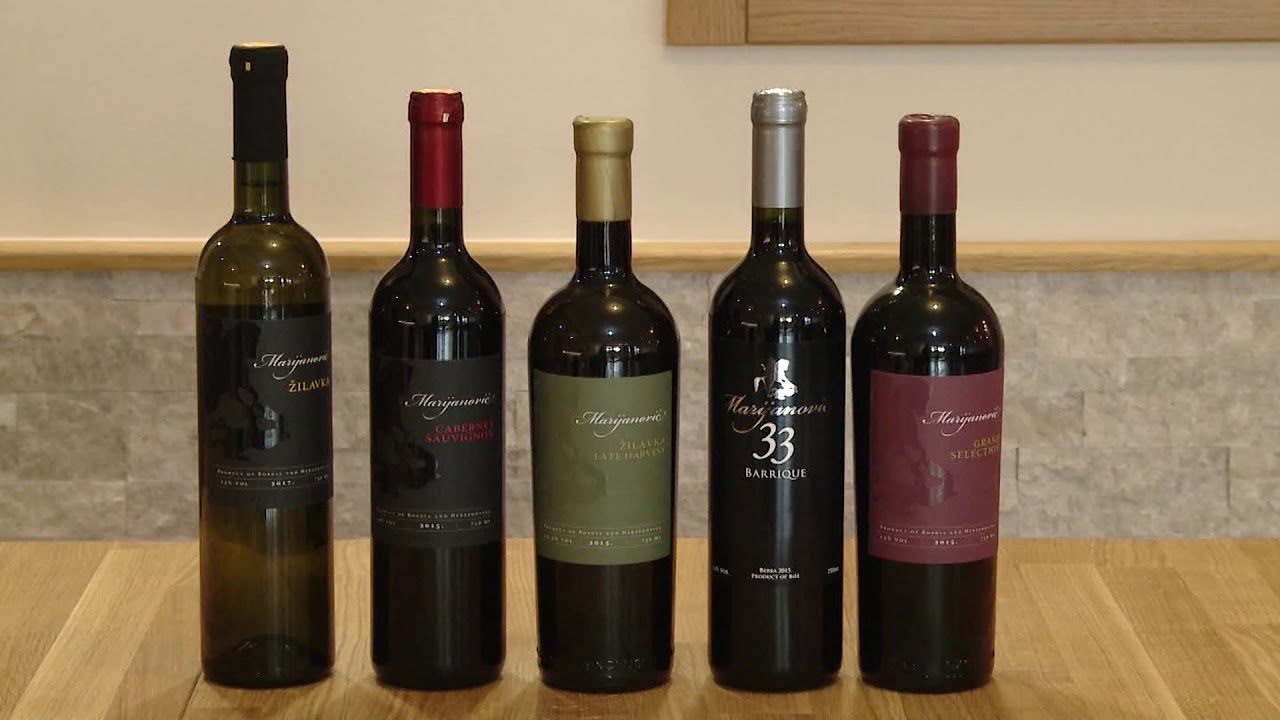 Although Bosnia and Herzegovina is currently the main consumer, family exports wine to Croatia, Germany and many other countries. Fame and massive glory was brought to them by their intense work on rich 33 Barrique that appeared on the market in 2012.

Syrah (Shiraz), another wine from the Marijanović treasure trove, is a premium, dark red dry wine, of Iranian-French origin. With its fruity taste, it is one of the smothest red wines you will have a chance to taste. The very first Syrah in BiH was actually produced in the family cellar Marijanović.

Besides Žilavka, Blatina and Syrah, there is an amazing Grand Selection of the Cabernet Sauvignon. This is a full-bodied wine, dominated by berries, dark chocolate and peppery notes.

Appearing on the market in 2012, this wine brought the family a massive fame. Symbolically named 33 barrique is one of the most complex blends when it comes to local wines of Herzegovina. It is made of 33% Blatina, 33% Cabernet Sauvignon and 33% Syrah. This is a wine with a luxurious aroma perfectly matching an absolute luxury of the charming rural setting entirely create in order to relax, enjoy and appreciate life. 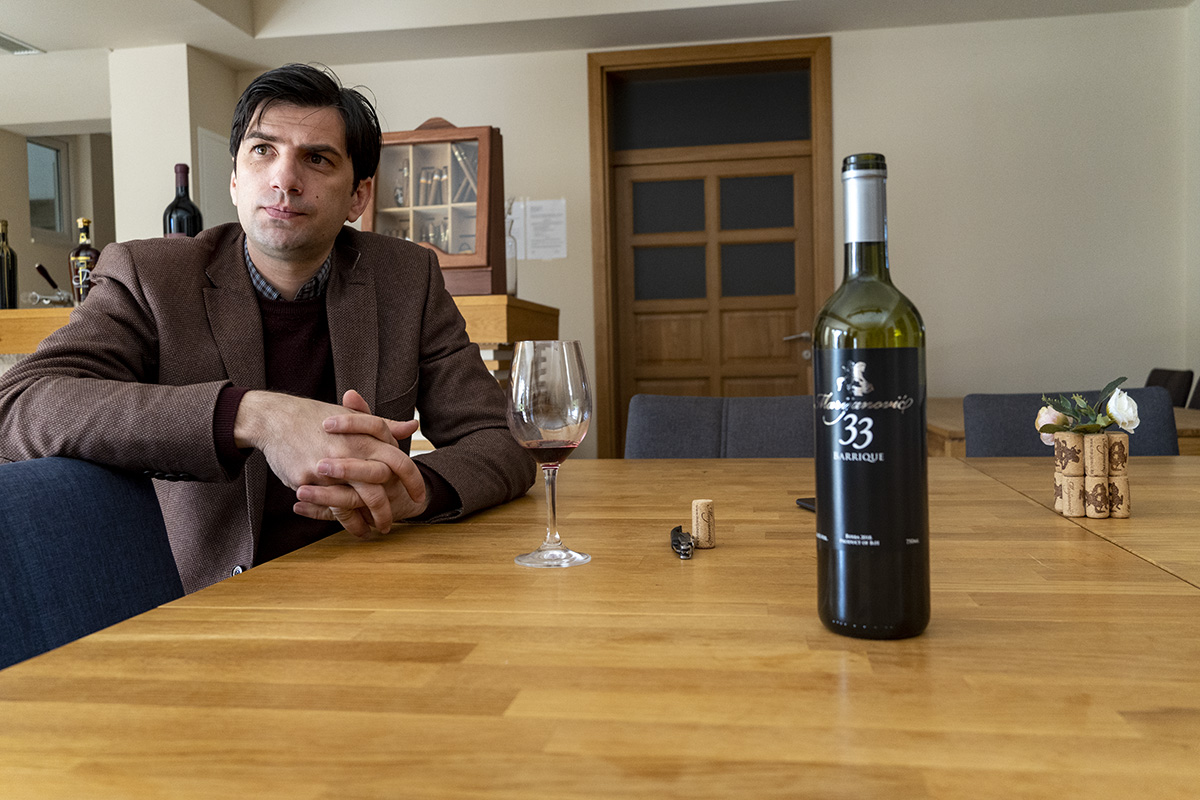 Visit to Marijanović Winery  will drag you into a vibrant world of interesting information and stories your hosts will share with you. On the other hand, perfect wine flavours and aromas will make your palates feel as elegant as never before.

You can visit Winery Marijanović by joining one of our Wine Tasting Tours:

or simply by contacting your hosts and announcing the visit.