When you book with an account, you will be able to track your payment status, track the confirmation and you can also rate the tour after you finished the tour.
Sign Up
6080
12 hours
Availability : Every day
Zagreb
Zagreb
Max People : 8

If you want to explore the reasons for the breakup of Yugoslavia and the facts of the Croatian Homeland War, then this day tour from Zagreb to region of Karlovac, Plitvice and Željava Air Base is definitely the best way to do it.

In this tour, we will cover the topics starting with the crisis in Yugoslavia that led to war, through the first incidents, insurgency and invasion in east Croatia. We will also visit the Museum of Homeland War in the Karlovac neighbourhood of Turanj, the town of Slunj, which was besieged and occupied by Serb insurgents, the memorial to Josip Jović in Plitvice, who was the first victim of the war, the top secret Željava airbase facility, and, finally, the Mirogoj cemetery in Zagreb.

Pickup Time Due to complexity of the trip it is recommended to start at 8 AM.
Pickup Locations We shall meet you at Ban Jelačić Square.

For this full-day tour, we will start at 8 AM. Meeting place is at Ban Jelačić Square from which we will go to our first spot which is Grič tunnel. 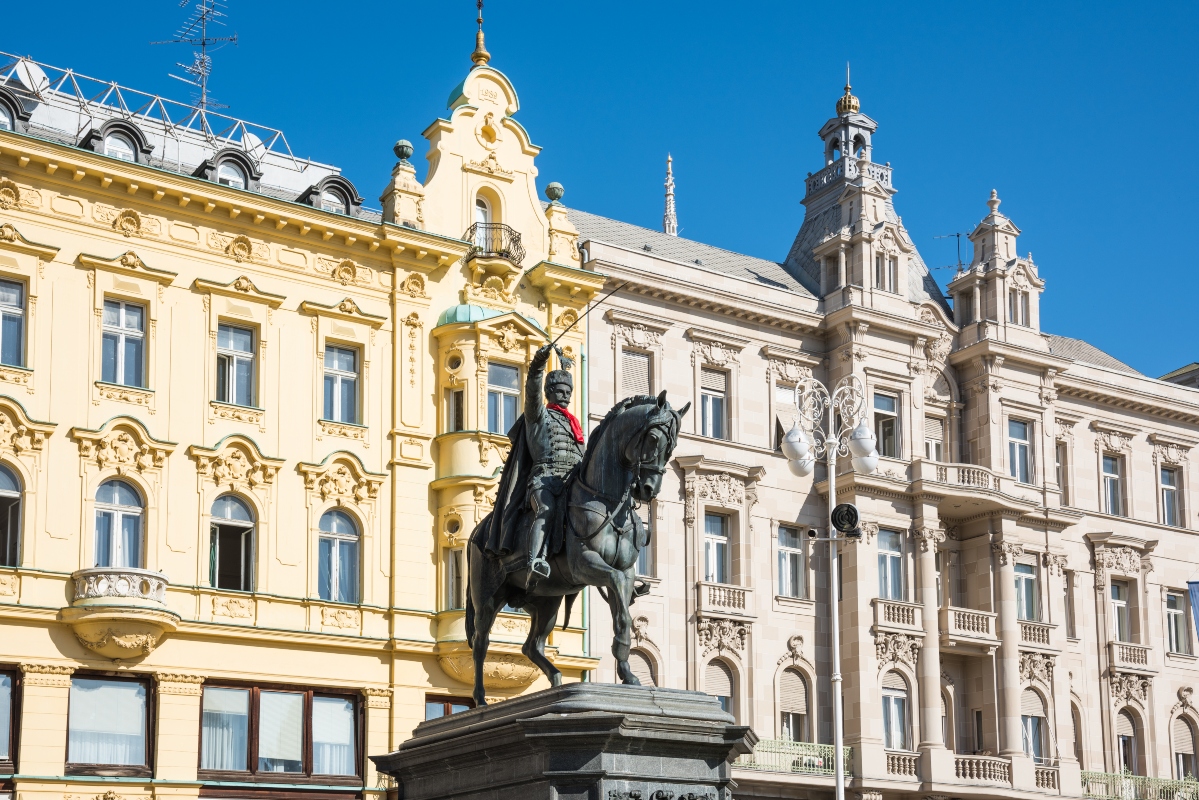 > Ban Jelačić square is the most popular meeting place in Zagreb.

The first point of our tour is the mysterious Grič tunnel, which is a few minutes from the Ban Jelačić Square.

The Grič tunnel was named after the neighbourhood in which it is located, and construction began in 1943 in response to the fear of the Allied bombing of Zagreb.Initial plans were to make the connection between the tunnels beneath Zagreb and the locals if the Allied bombing happened. Because of the high war-time inflation, the cost of construction amassed and it was never finished. 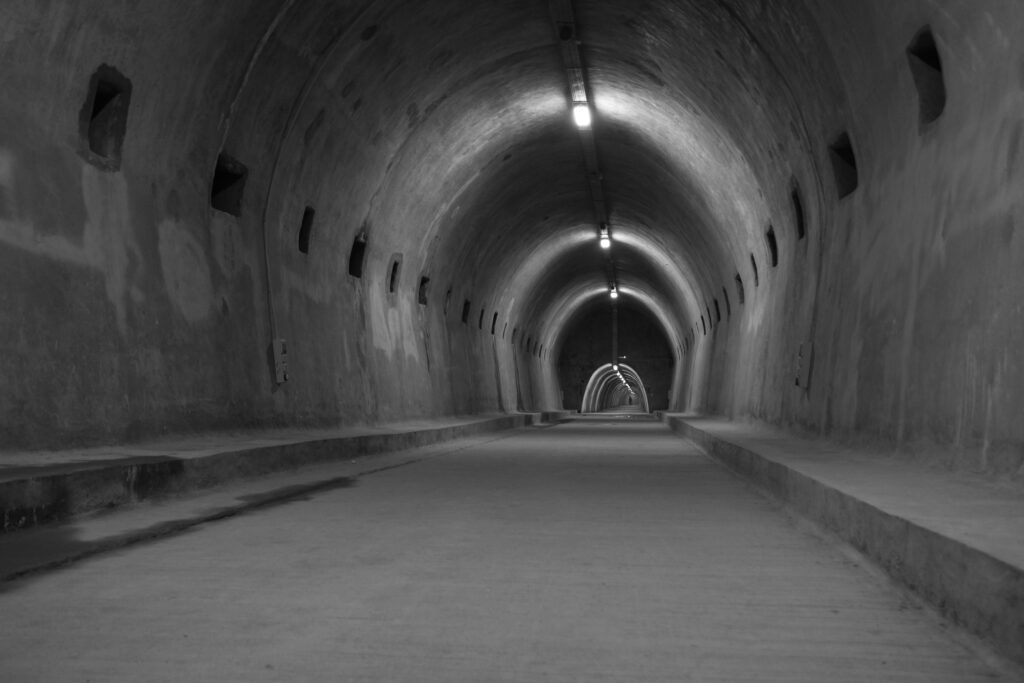 >Initially, there were several ideas to expand the tunnel and to build a central hall.

During the following years of the Yugoslav government, it was a storage for the food industry for some time, but later on, it got a mysterious note attached to it since all kinds of urban legends started to emerge.

In Grič tunnel, we will get an introduction to our tour, and after we have explored the tunnels, we will go to our vehicle and start our journey.

Our next point of this tour will be the Homeland War museum in the neighborhood of Turanj, near Karlovac. To get there, we will have a one-hour drive where we will introduce you to the history of Croatia from the nineteenth century until the start of the war. On our way, we will try to explain what led to the breakup of Yugoslavia and what implications it left on society in general.

Once we are in Turanj, we will stop at the Homeland War museum. The Museum was founded at a site that was called “Hotel California” by Croatian defenders. The first building on this site was a wooden tower, after which the neighbourhood was named in the sixteenth century. 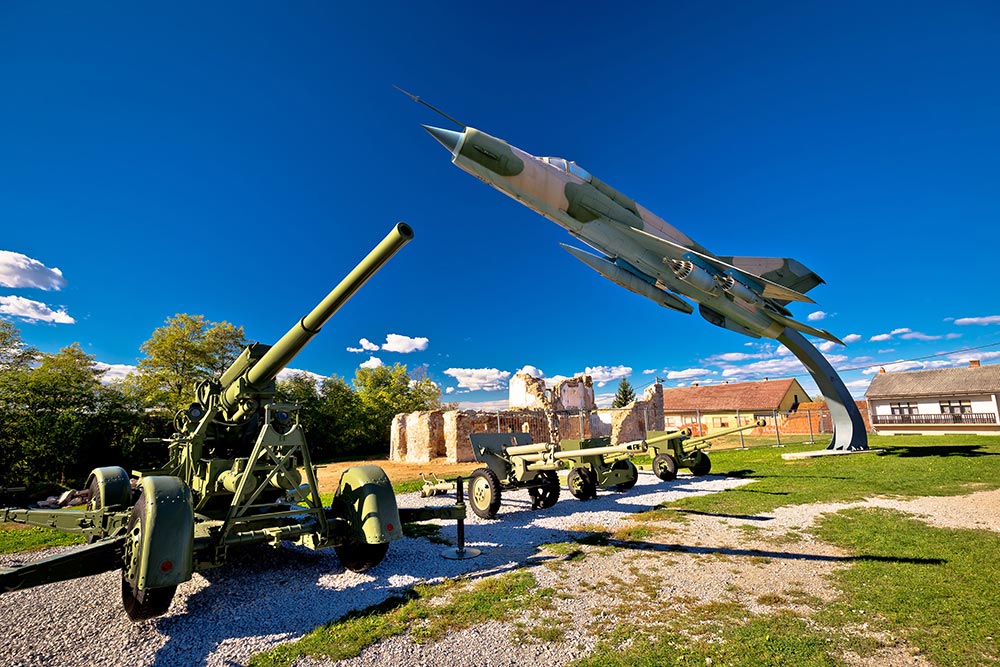 > The museum gives us insight on Homeland War in Croatia.

In the museum exhibition, we will understand the importance of this area in the defense of Croatia. We will learn about the Kordun battlefield, and we will also learn about the other battlefronts in Croatia during the Homeland War.

When we have covered the whole museum, we will continue our tour towards our next stop.

After one more hour of driving, we will arrive in the town of Slunj.

The town of Slunj was founded in the sixteenth century by aristocrats of the Krčki-Frankopani family. Circumstances happening in the area led to the fact that Slunj became a frontier town for the defense against Ottoman conquerors. The biggest advancements this town experienced were in the time of Napoleon. At one point, Slunj was the easternmost town in Napoleon’s empire, and it is witnessed by the Napoleonic storage that is still standing in town. Napoleon and Marmont’s efforts in this area resulted in the appearance of new ideas about civil life, and the entire region of Kordun was named after the French word “cordon.”

> Rastoke and Slunj bridge with was almost demolished during the retreat of Serb insurgents.

We can not stop in Slunj without seeing the Rastoke cascades. In Rastoke, we will give you a brief introduction to the history of the region, and we will walk through the beautiful scenery of the Rastoke cascades, where the river Slunjčica confluences with the amazing Korana river.

We will continue our tour towards the town center, where the monument to the Homeland War is located. During the war, Slunj was besieged by aggressor for three months, and when it was finally occupied, the atrocities started. On their way to free Croatian territory, approximately 16000 people were displaced through Bosnia and Herzegovina, with 213 of them being massacred. 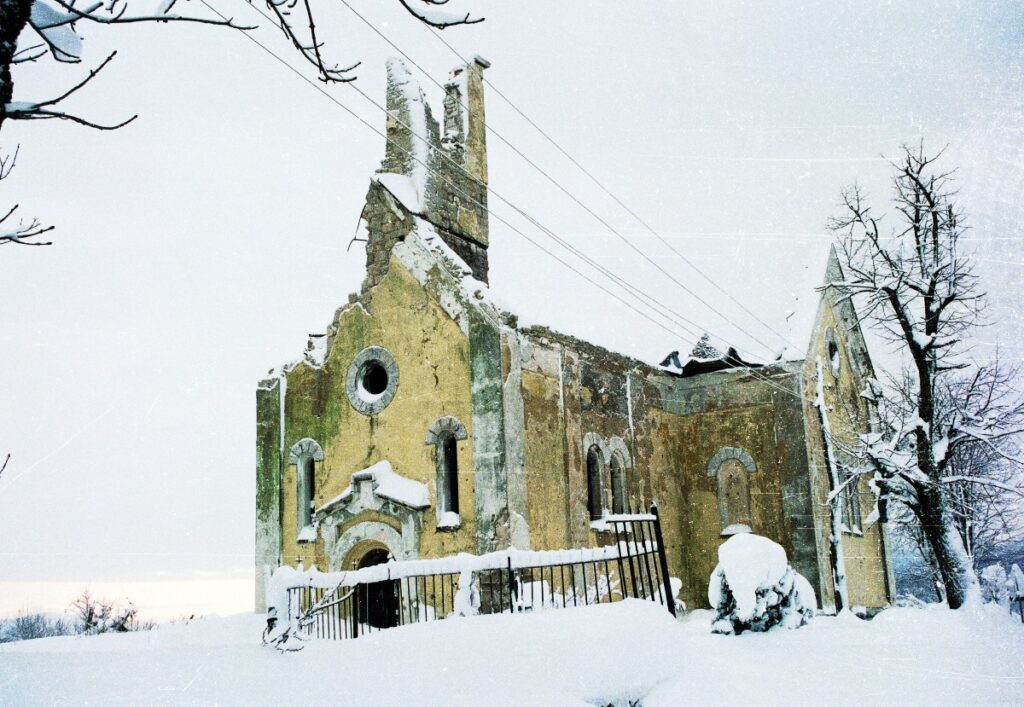 > Catholic church in Slunj during the war in 1993.

When we are finished, we will take some time to have a snack, and we will continue with our tour towards the next point.

The next stop on our tour is near the famous Plitvice lakes.

Plitvice is the site where the first victims of the Croatian Homeland War happened. The event, known as “Bloody Easter,” occurred at the site near Plitvice when Croatian police wanted to deal with rebellious Serb Krajina militias. The result was one person killed on each site. This event marks the beginning of the conflict in Croatia between the Croatian army and rebelled Serb militias organized politically in the Republic of Serb Krajina. 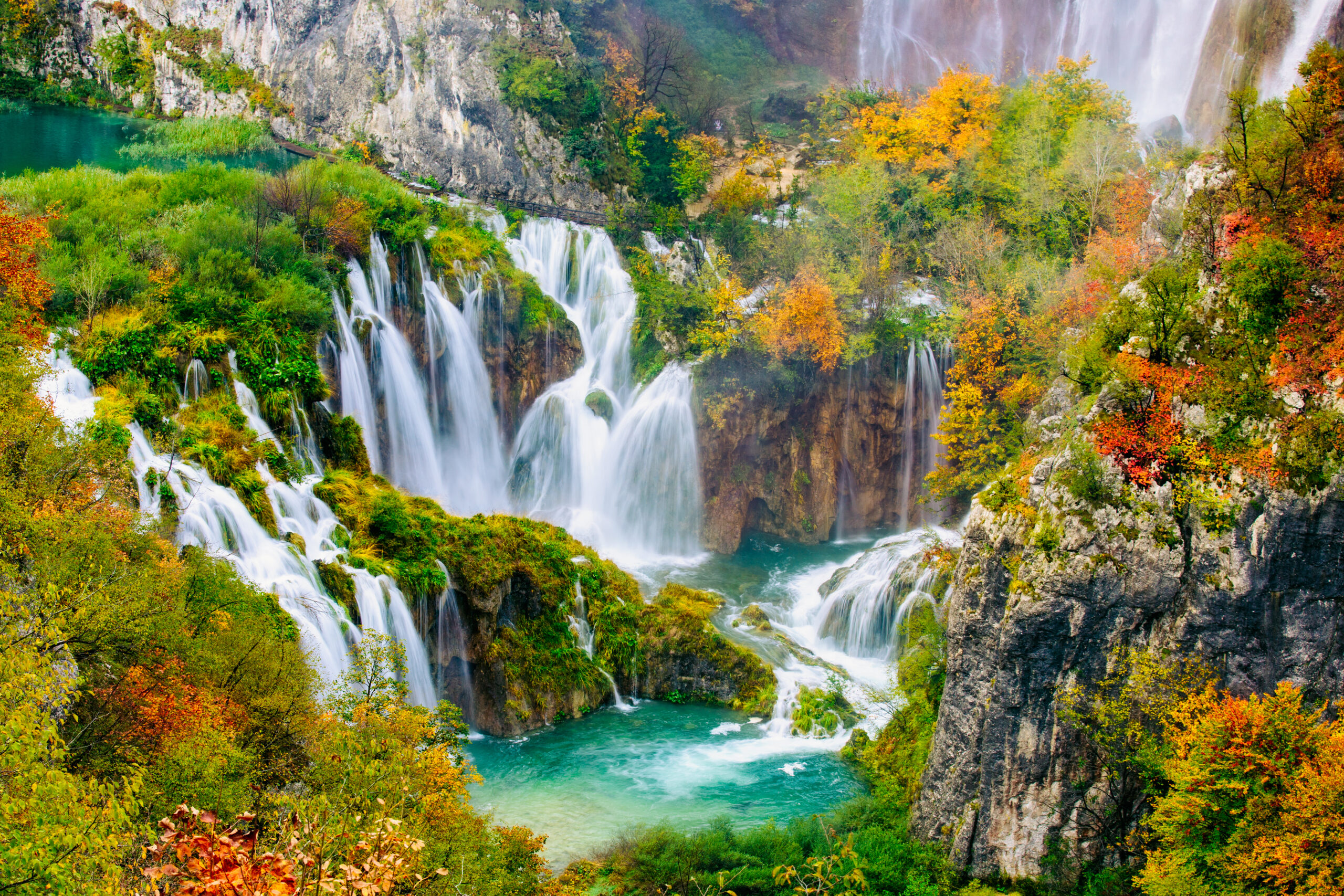 >  Josip Jović was the first victim in the Homeland War.

On this part of our tour, we will visit the memorial dedicated to Josip Jović, the first Croatian victim of the war. We will also explain the political situation in Croatia at that time, mentioning not only this region, but also the situations in the regions of Slavonia, Vukovar, Knin, Dubrovnik, and neighbouring Bosnian Krajina and Herzegovina, and what the actions in this region meant for the defence of Croatia in general.

After visiting this memorial, we will continue towards our next spot.

For the last part of our tour in this region, we will have a twenty-minute drive towards the border with Bosnia and Herzegovina.

At this point, we are visiting one of the most secret sites in Yugoslavia—the Željava underground airbase facility. This facility was part of Tito’s answer to the Cold War situation and the nuclear arming of the whole world. This facility was designed to be hidden from NATO radars in Italy and is the answer to a possible Soviet or NATO invasion of Yugoslavia.

When the Homeland War started, this facility was in the hands of the Yugoslav Peoples Army, which was later renamed to the Yugoslav Army, and it has suffered destruction and looting from both the army and the armed militias. 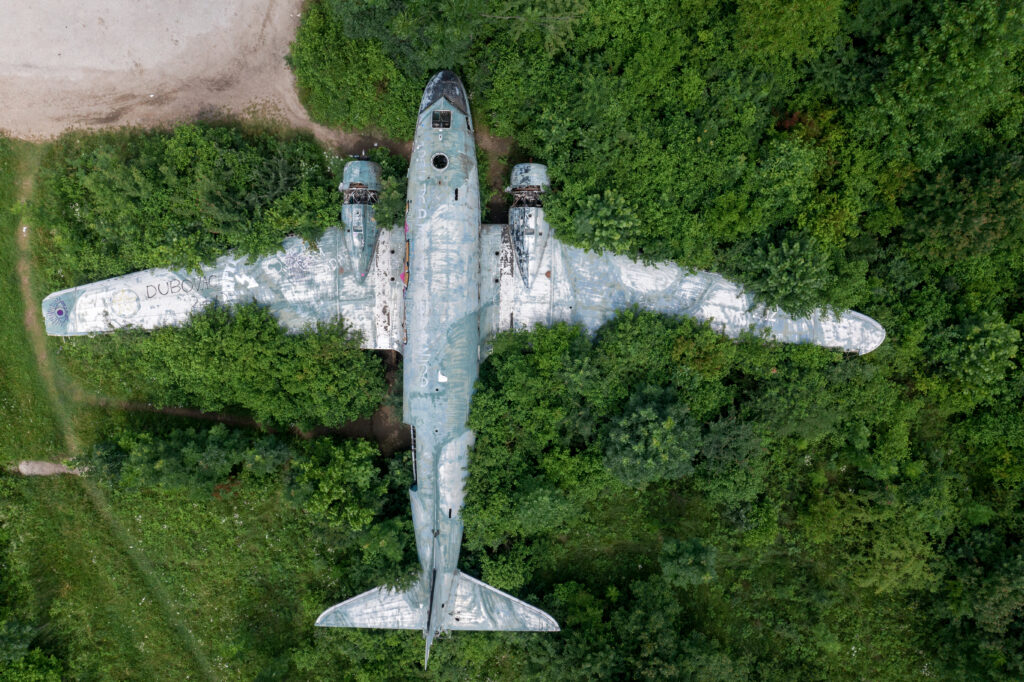 > The entire facility was demolished to stop the further use by the Croatian army.

At this site, we will explore this facility, and on our way, we will tell you the story of the airforces of both Croatia and Yugoslavia.

Important Notice: It is obligatory to follow the guide and not wander off the trail because the area is infested with landmines.

After exploring the Željava facility, we will conclude our visit to Lika and Kordun, and we will proceed towards Zagreb.

On the two-hour ride towards Zagreb, we will discuss the actions that led to the conclusion of the Homeland War in Croatia. We will explain how the military operations Bljesak (Flash) and Oluja (Storm) helped Croatia defeat insurgents. Even though the military actions were finished in 1995, the integration of Croatian Podunavlje (Danube region) with Vukovar was taking place, and we will explain to you how this was operated. 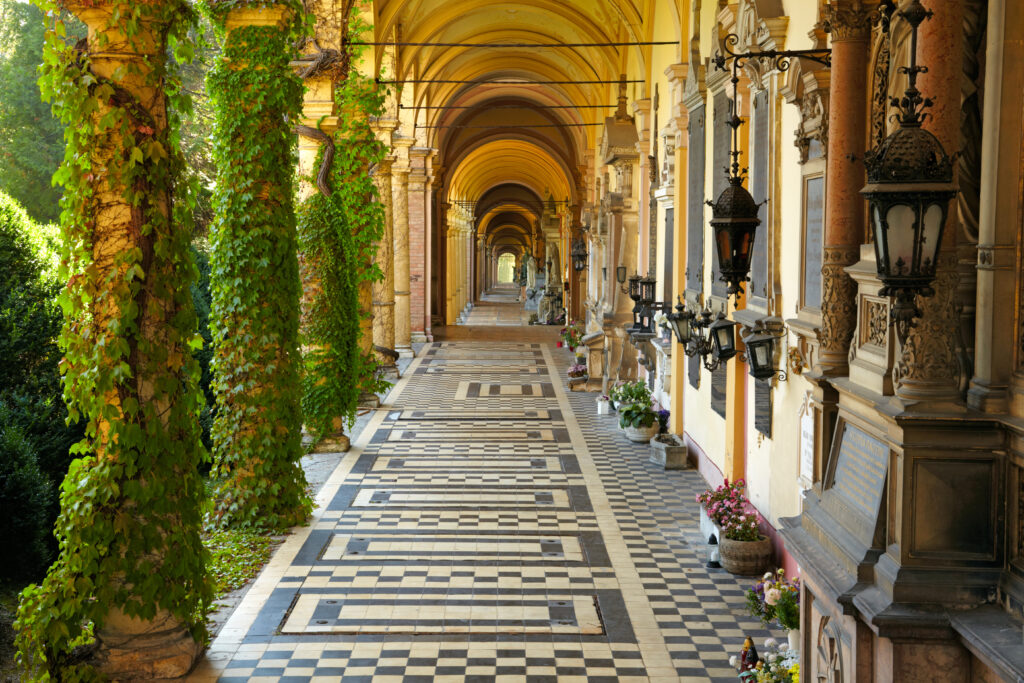 > Mirogoj cemetery was inaugurated in 1876 and since then it is the central Croatian cemetery.

When we arrive in Zagreb, we will visit the Homeland memorial at Stjepan Radić Square, and we will discuss the consequences the war had on the population and economy of Croatia.

After we have covered all the given topics, we will take you to the location of your accommodation or to the place you want in Zagreb.