Prača River Gorge – Once Upon a Time until these Days

Traveling through Praca Gorge is absolutely spectacular but is a bit tricky. Funky Team did it successfully with a bit of help from the locals which always brings up the charm. The 17km long macadam road is very narrow so it will be taking you quite some time as the maximum speed level you will most likely reach is 20km/h. On the other hand, you will want to make as many as possible stops and take some amazing photos.

Where is Praca and how to reach it?

When departing towards the eastern exit of the city of Sarajevo, an urban area disappears almost within a few seconds. A journey leads us towards the mighty and beautiful gorge of the Miljacka River. For those arriving in Sarajevo from the eastern direction, the city’s old town simply pops up in front of their eyes.

A state road, leading towards eastern Bosnia stands as a very frequent one. Sarajevo was traditionally a major junction for people living in the area of East Bosnia. A nearest economic center, that offers various opportunities in many different fields of interest. Up to summer 1906. a journey towards the east, whether within the Austro-Hungarian framework (since Bosnia and Herzegovina was a part of the Monarchy at that time) or furthermore towards e.g. Istanbul was far more challenging and burdensome.

Despite the beauty of the natural resources and God-given beauty of the surroundings, travelers were going through the ordeal on their itineraries. Either pilgrimage towards Jerusalem or Mecca, or exploration/expeditions towards the rest of the Balkans.

Above-mentioned summer 1906. can be taken as a historic breakpoint, which it certainly is. The Dual Monarchy of Austria-Hungary has built the narrow-gauge railway in the mentioned year strictly for strategic, military purposes. Construction costs of a famous “Die Bosnische Ostbahn” (Eng. Bosnian Eastern Railway) were estimated at 75 million crowns or one kilogram of gold per one meter of the railway. Building the railway without or with very little economic justification tells us a lot about Monarchy’s war preparations. That stands as one of the widely accepted historic certainties from a present-day point of view. 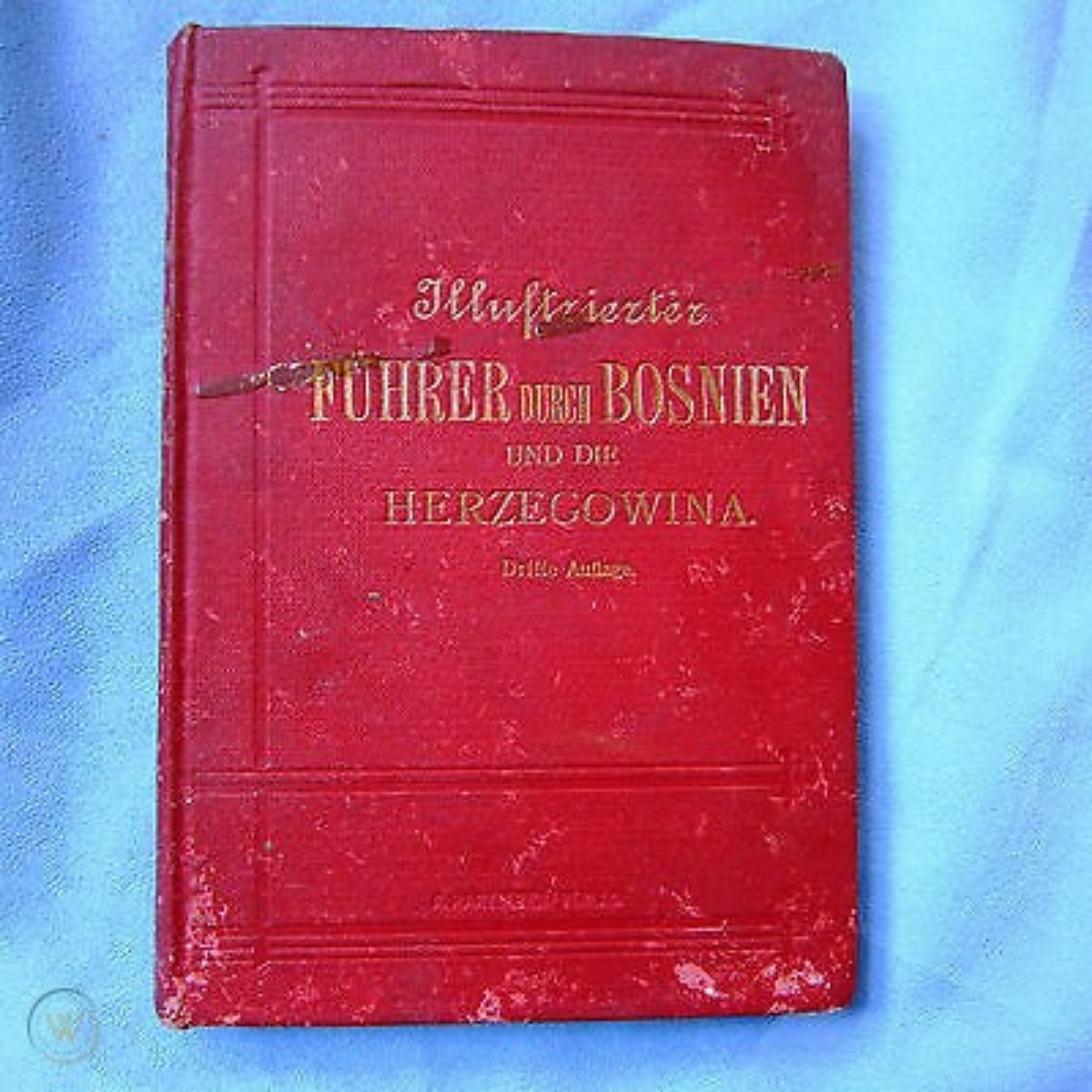 Because of its demanding route, the Ostbahn was described in detail in Hartleben’s illustrated travel guide from 1910:  “This new railway line is one of the most interesting routes in Europe and is not only great because of the natural beauties of the areas it passes through, but also because of the monumental structures that are a natural consequence of the geological and terrain conditions of the districts traversed by the route worth seeing.”

The canyon is difficult to access and is completely out of reach of human settlements. Until 1978, the narrow-gauge railway Sarajevo–Užice passed through the valley of the river Prača. The railway was built by Austro-Hungary in 1906. The most exciting part is between Hrenovica and Mesići. At a distance of roughly 20 km, there are 23 tunnels. The combined length of these tunnels is 4273m.

At the Stambolčić station, which was the point on the highest elevation of the entire route (940 m), a railway enters a Prača river gorge. Many travelogues were written between 1906. and 1978, point out this section of the Eastern railway as the most thrilling one. Even nowadays, 42 years since the last narrow-gauge train passed through these scenic areas, the beauty of nature and its assets leaves visitors speechless.

Prača river springs at the foot of the Jahorina mountain, and during 57 km, it flows mostly through the almost unapproachable terrain. Nowadays, 20 km between the villages of Hrenovica and Mesići is considered the most breathtaking section. A government has put it under the protection of the state since 1957. as an exceptional natural landscape and rarity.

Spectacular but collapsed old railway bridge was replaced thanks to ingenuity of locals which found a reliable solution in order to keep this route passable to be travelled on.

Apart from a fly fishing opportunity as one of the activities, a Prača river gorge is home to the longest/deepest karst cave in Bosnia and Herzegovina. A Govještica cave is confirmed to be the longest with its 9682 m, according to 2010. statement of Italian speleologists.  A former narrow-gauge route within this 20 km between Hrenovica and Mesići is in utterly good condition. Flat, fully safe, apart from one collapsed old railway bridge (but no worries, the locals have found a reliable solution to overcome the issue).

Funky Tours passionately works in the promotion of outdoor activities. We strongly believe many areas and parts of Bosnia and Herzegovina are unfairly neglected. The area of East Bosnia deserves much more, and we know every popular destination used to be in the form of an idea once. Today, on the way from Sarajevo to Belgrade, with a stop in Višegrad, a journey through the Prača gorge is the best option. After the experience of the Prača, the beauty of the gorge splits into the Drina dammed lake. 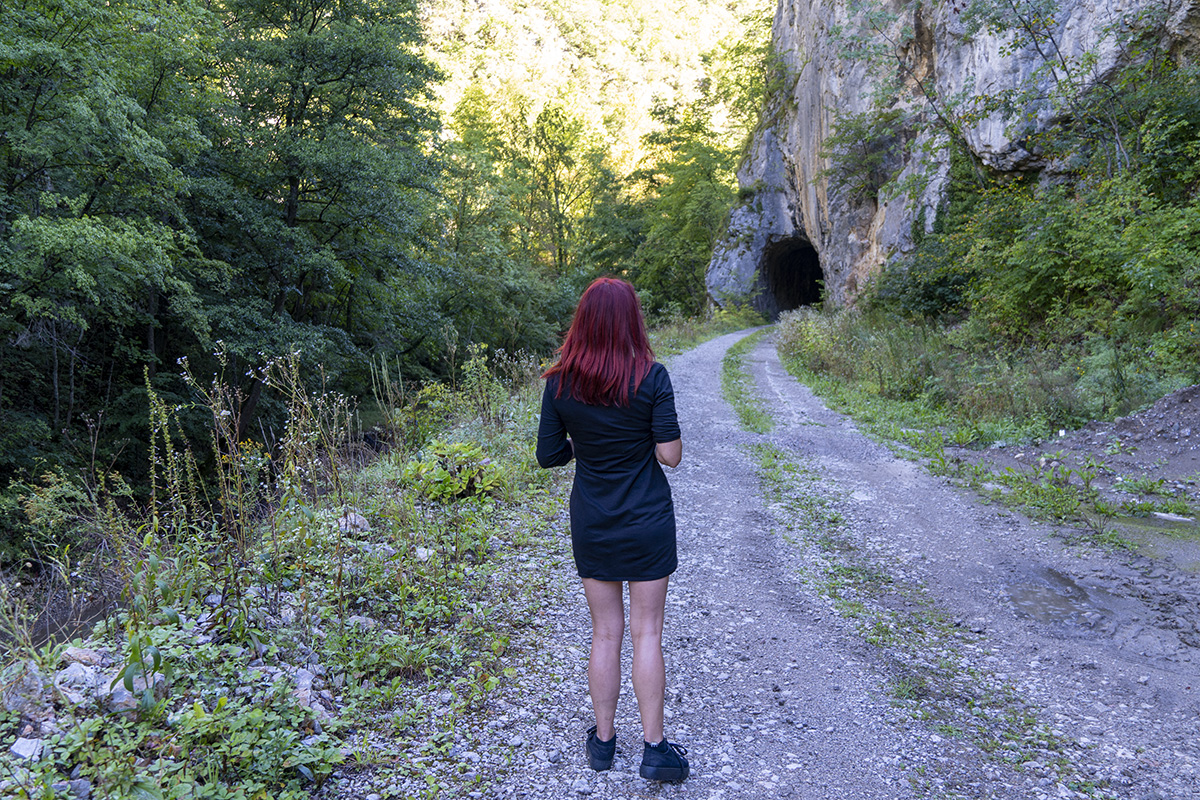 Even though passing through the gorge with a car is feasible, cycling lovers would prefer exactly this as an option. You don’t have to be top-skilled or in top shape, since the route is quite an easy one. Within the most exciting part of Prača gorge, between Hrenovica and Mesići, at a distance of roughly 20 km, there are 23 tunnels. The combined length of these tunnels is 4273 m, in addition to 8 railway bridges.