Banja Luka is the second largest city in Bosnia and Herzegovina and the political, economical and cultural hub of one of the state’s entity’s – Republic of Srpska. First mentioned in 1494. as a city in northern Bosnia, Banja Luka always had a key role in the country’s rich and deep history. The city is a combination of beautiful architecture, sprawling parks and nature, and of course, its very hospitable population. All of this, and more, is settled on each side of the river Vrbas which navigates it’s stream through the city, enriching it’s already wealthy scenery.

The mysterious and rugged region of Bosnia’s northwest region Krajina is often overlooked and unjustly so. Everything that makes this country beautiful can be found here. From glittering waterfalls to green and fertile pastures, Krajina has it all.

Being this region’s historical center, Banja Luka has a very special role in this picturesque landscape. As the biggest city in the Bosnian nortwest, Banja Luka has something for everyone. Very well connected to it’s surroundings and other towns, this city is a great starting point for exploring and experiencing all of Krajina’s beauty.

This is the oldest monument in Banja Luka and one of the most beautiful sites of the city, located next to the Vrbas River, is Kastel fort. It is built in medieval times and situated on the site of the previous fortification dating back to Roman times, and even before that. Once there, you can listen to the famous love story of Safikada and an unknown soldier, and visit her grave nearby. By legend, this tomb is located on the exact place where she died. Also, on the walls of Kastel, you have a great restaurant with an outstanding view.

Whatever your preferred way of travel is, Banja Luka’s got you covered. Modern roads allow for an enjoyable car or bus ride from Sarajevo, Mostar, Zagreb, Split or Belgrade.

Of course, if air travel is your cup of tea, Banja Luka has an airport as well, serving great air connections with Europe through WizzAir and RyanAir.

However set of Funky Tours connecting tours connecting Banja Luka with major capital cities of the region, is probably one of the best options to consider.

Being a multicultural and multi-religious community, Banja Luka is a great example of Bosnia’s tradition of crushing barriers and accepting differences. It doesn’t matter if you’re Christian, Muslim or Jewish or none of the above, there is a place for you in Banja Luka. A landscape of church bell towers and tall minarets intertwined into the city’s architecture provide a unique and beautiful sight.

Even the Trappist order has made their way to this city, making it their home. The Trappist monastery is still active and it also produces the famous Trappist cheese. Tucked neatly between Banja Luka’s buildings, a Ukrainian Orthodox Church can be found with a moderately large Ukrainian community also living in the city.

All these different communities call Banja Luka their home and are waiting to greet you with a heartwarming welcome. 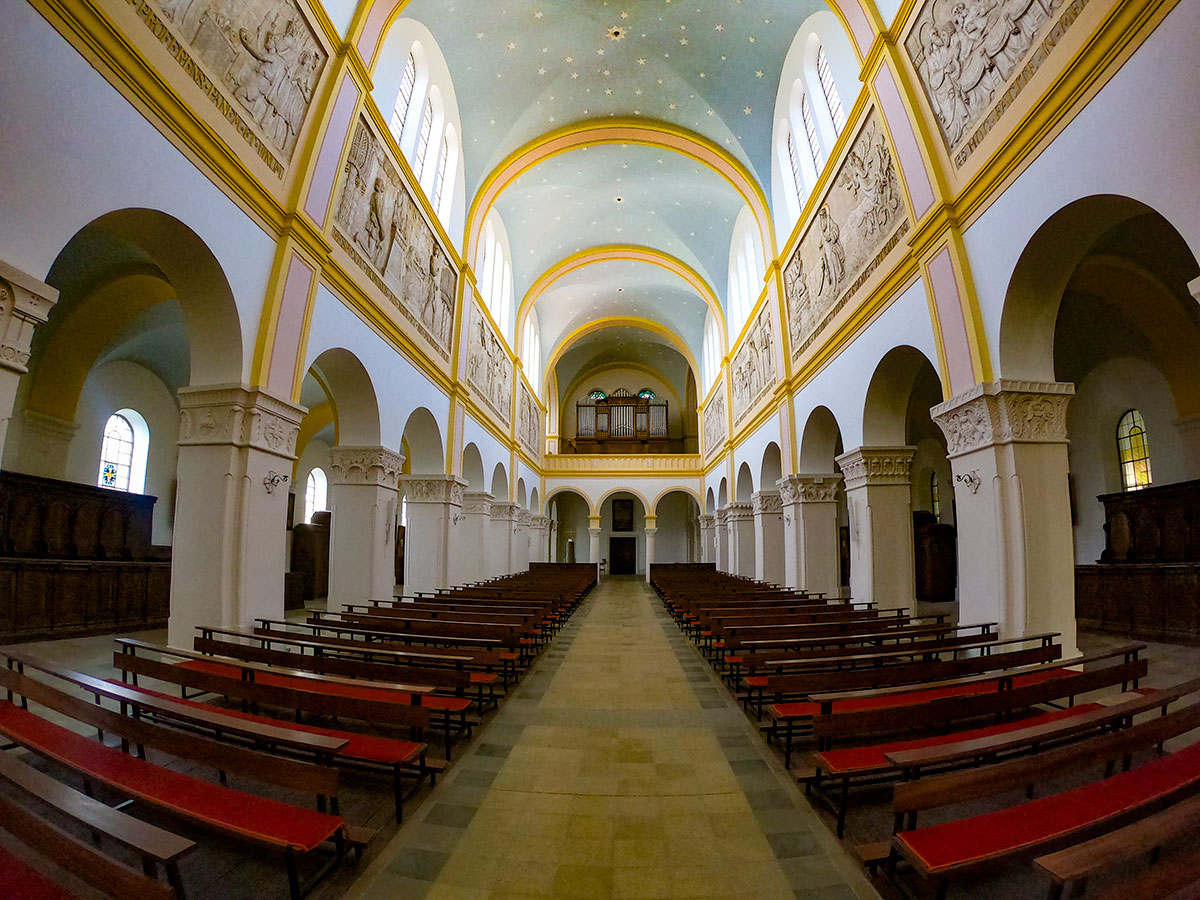 The monastery of Mary the Star is one of the most interesting places of Banja Luka because many years ago, the friars began producing authentic Trappist cheese. The recipe came from French monk Abbot Ignatius in 1872. Today this cheese represent the mixture of history, tradition and delicious taste in one place.

Bosnia and Herzegovina is known for it’s beauty but also for it’s appealing and affordable prices. Banja Luka is no different in this regard. The city will provide you with delicious food, refreshing drinks and comfortable sleeping arrangements that won’t break the bank.

There are many cafe’s and restaurants on the banks of the river Vrbas (and some even on the water) which will answer all your culinary needs while providing you with a magical view of your surroundings.

An enjoyable meal with drinks would cost no more than 10 EUR per person. It’s worth visiting Banja Luka just for that.

After you’ve had enough and you just want to go to sleep, the city provides mix of economical options such as different apartments, flats and hostels. On the other hand if you want that mint on your pillow in the morning, Banja Luka’s vast range of different hotel accommodations should do the trick.

Banjalučki Splav is a fantastic restaurant that literary floats on the Vrbas river, as it is located on a big stationary boat. With the delicious traditional Bosnian food and a large wine list this restaurant represent the great choice for an alternative and slightly different experience with an exceptional view on the beautiful nature surroundings.

For those of you who can’t stand to be inside for too long, you have come to the right place!

First of all the city itself is a great place for exploration, with it’s rich history and beautiful architecture. If you prefer a bicycle to your feet, the streets of Banja Luka are full of cycling lanes which will take you all over the place.

On the other hand if you do like walking, a great option would be to take a short hike up to Šehitluci, a place of a grand WWII Partisan monument. A more adventurous option is to try and conquer the canyon of the river Cvrcka. Overgrown by nature, untouched by humans, Cvrcka will provide you with an experience you won’t soon forget.

The river Vrbas that stretches through the city of Banja Luka will answer your kayaking, “dajak” and swimming needs. Surrounding the city are different spots for fly fishing and a quite unique experience – truffle hunting.

All this and so much more awaits you in this great city. It’s safe to say, Banja Luka will not make you bored.

The clear and cold water of Cvrcka canyon is the best place for an fun and unforgettable outdoor adventure. Cvrcka canyoning is very challenging, but an beautiful experience for all nature lovers. Also, “Cvrckanje” is internal name that locals use for canyoning on Cvrcka. However, if you decide to let yourself in this adventurous path, make sure to stop and inhale the beauty of the nature scenery.

Are you a history enthusiast? Banja Luka will be right down your alley. It doesn’t matter if you prefer medieval European, oriental Ottoman, Austro-Hungarian or even a bit more modern times, you will find something interesting in this city.

One of the more notable historical sites has to be the fortress Kastel, proudly standing on the bank of the river Vrbas. It has survived many regimes and stood the test of time and today is one of the biggest and most preserved forts in the country.

Centuries old mosques and old-town areas sing the tale of the mystical orient, while in only a few minutes of walking you can be transported in a more European setting with Austrian architecture and charm.

The before-mentioned site of a partisan monument on Šehitluci will tell you the proud story of the Yugoslav resistance in the Second World War.

Banja Luka also offers an array of different museums which will also keep you occupied and mesmerised with just how much this city has to offer. 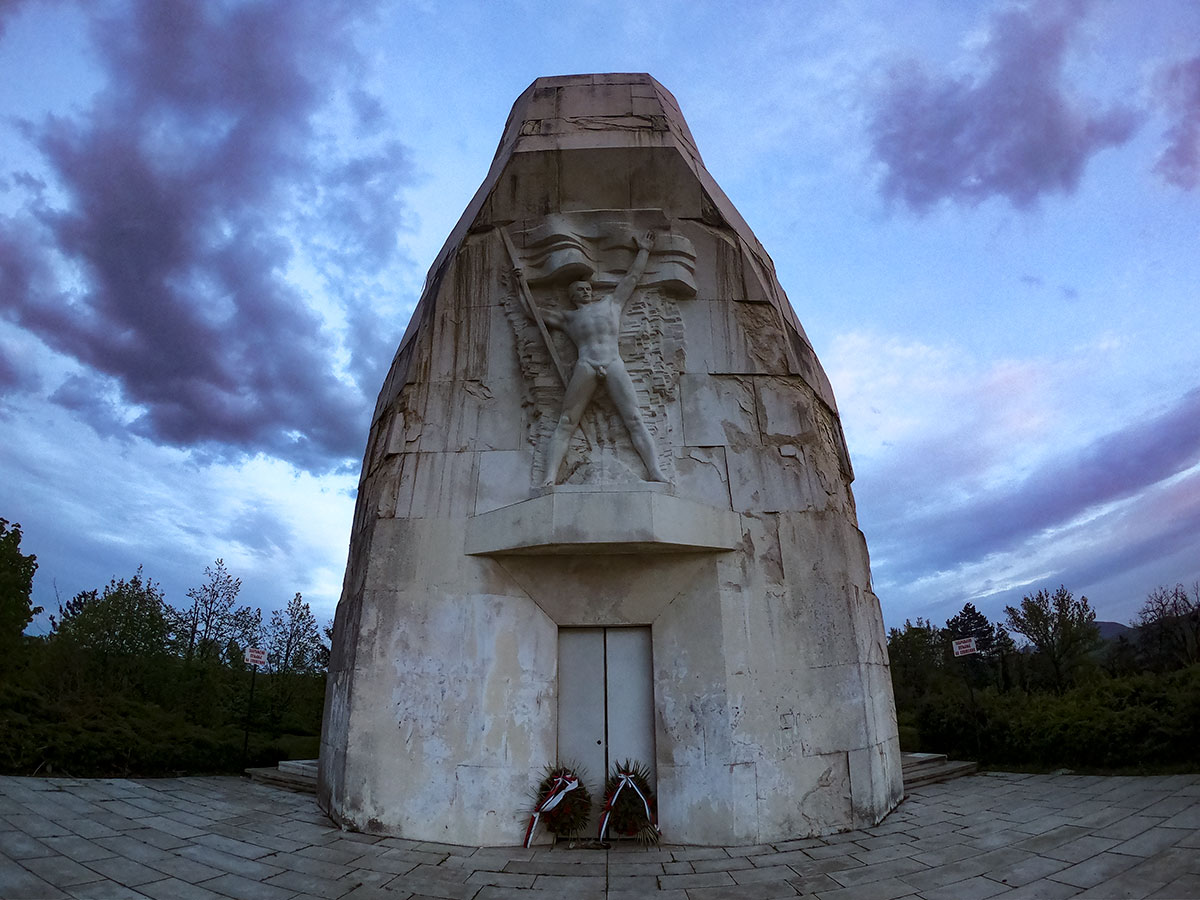 The Banj Brdo is located 5 kilometers uphill from Banja Luka and from there you can enjoy an outstanding panoramic view on the town. This hill a home of National monument that is a work of art of a famous sculptor Antun Augustinčić and it represent the memorial to a soldiers that died during the WWII. This masterpiece of architecture is nested in wild and beautiful nature surroundings and its a must see destination for all history lovers.

7. The people of Banja Luka

Don’t misunderstand, generally people of Bosnia and Herzegovina are hospitable and will greet you as a friend. However, it is more apparent in Banja Luka, then your average Bosnian town. The people in this city are just so nice and are eager to give you a helping hand and put a smile on your face. It doesn’t matter if you’re only looking for directions or you suddenly need a kidney, they will give all the help they can.

Even if you just want to know a bit more about the history or an anecdote about a certain site of interest, they will take the time to tell you all they can about it and try to make you feel as welcome as possible. Even if you come alone, you will leave having one friend more. 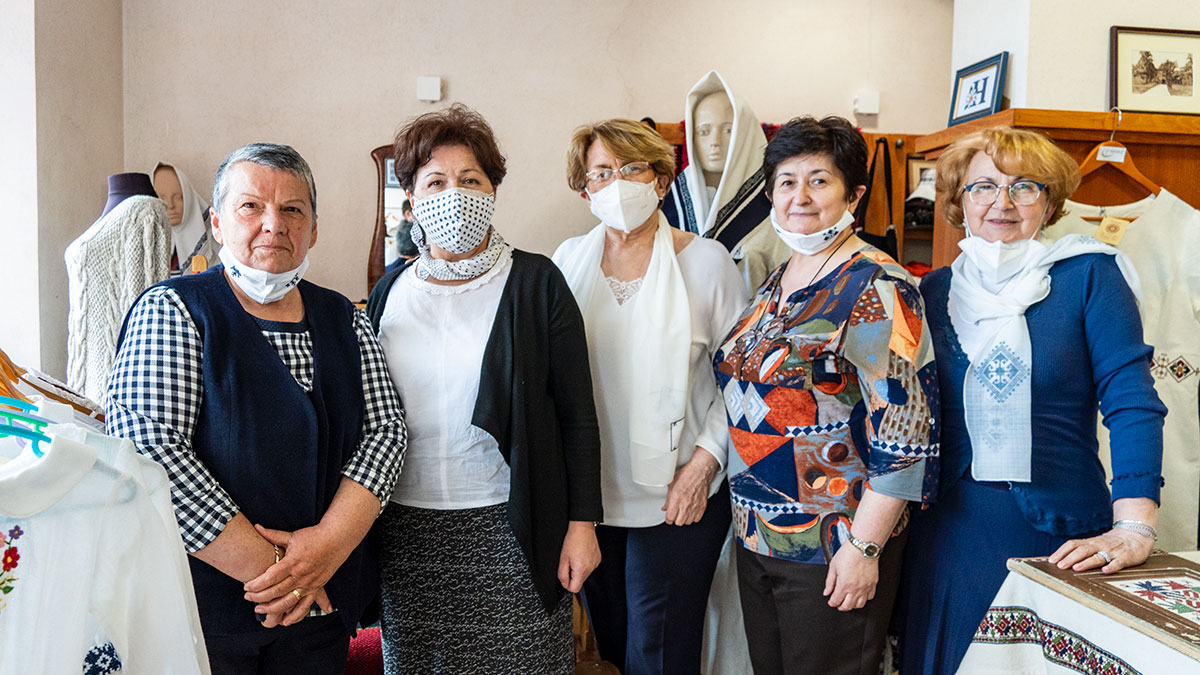 The brave and lovely women of Duga association in their workshop in Banja Luka.