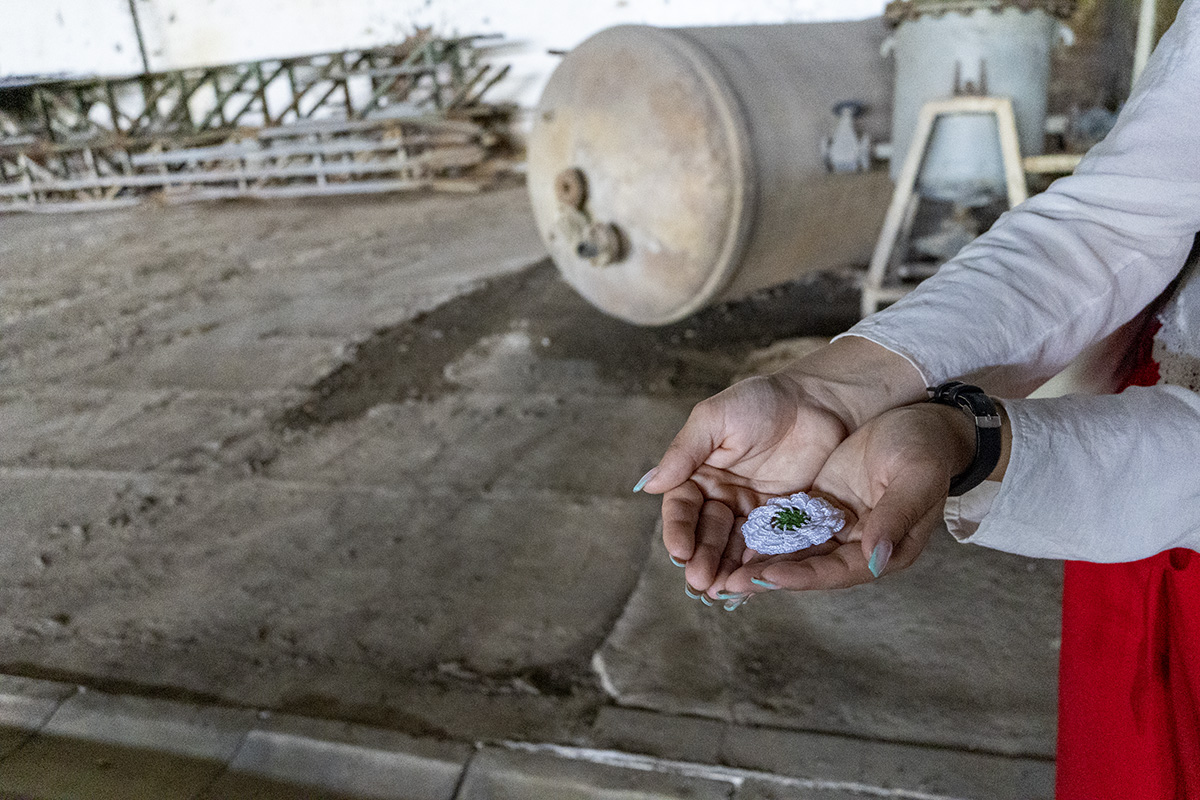 There comes a time when past and present team up in order to create a better future.

The story of the greatest massacre that happened on European soil ever since WWII is something the world mustn’t forget and need to keep a constant reminder in order to never happen again. However, when visiting Srebrenica Municipality, keep in mind that it is also known for the incredibly warm people, amazing nature diversity and water abundance. Just like with any remote place on this earth, you need to dare to explore, understand, accept and embrace the unknown.

Above and Beyond an ordinary traveller story

Srebrenica has suffered a lot through its history, but it is harming not a single living creature in a present.

The horrors that happened in Srebrenica have affected everything and everyone but story of this small municipality doesn’t end there. Visit to Srebrenica is always a life changing experience that will make you want to protect this small and oppressed peace of heaven struggling on the edge between its sorrowful history and incredibly beautiful vast fertile fields, untouched and absolutely breathtaking nature accompanied with bulletproof courage and spirit. When in Srebrenica you need to know what to look for and you will find more than what you have expected.

How to reach Srebrenica from Sarajevo

The easiest way to visit Srebrenica is by joining a guided tour which will by far offer the most complete experience of everything this place symbolises. However, if you are more into visiting on your own, you can take a bus from the main bus terminal in Sarajevo located about 1.30 kms from the town centre. Currently, there is only one, morning, bus departure from Sarajevo to Srebrenica (7.10 AM / working days only). However, do make sure to contact bus station few days before your departure as timetables can vary from time to time.
https://www.centrotrans.com/
+38733 213 100

Most important places to visit in Srebrenica Municipality

Srebrenica is a small town in eastern Bosnia and Herzegovina which is, even almost 30 years from the war, still defined as “town of ghosts”. The main reason to visit Srebrenica is to understand its story and feel the atmosphere of town that has no longer the intention of staying within the shackles of an uninhabited museum of horror divided by the history interpretation.

The town Srebrenica got its name from the word “srebro” Eng “silver.”  due to abundance of silver deposits discovered in the surrounding mountains. The town was founded in 1387 as a one of the country’s leading mining centres. During the 15th century Srebrenica was also a commerce and trade centre populated by Ragusan merchants and German miners.

Over the years during the Former Republic of Yugoslavia Srebrenica was one of the most important industrial centres while, nowadays, more than 25 years after the war, with very little investment and imposing political tensions, Srebrenica is slowly but steadily moving on. Take a walk through the narrow streets of Srebrenica, face the raw realism and lack of urbanisation but do keep in mind that, regardless of its history, Srebrenica adorns its three different religious objects placed in proximate vicinity and incredibly good people who will not forget but will forgive and who create rather than destroy.

In 1992, hidden high up in the woods, Bosniak refugees faced long, cold and depriving nights while fear became an ordinary part of their lives. After many depriving months of hiding while death was constantly one step behind, Bosniak survivors found their way to Srebrenica, their last refuge which they considered could bring so much needed salvation. Every day was a desperate struggle for survival while battling with starvation and feelings of  absolute despair and hopelessness.

Despite Srebrenica’s protected status by  UN, on 6 July, 1995, the VRS launched a violent capture of Srebrenica which escalated in next five days forcibly deporting over 25 thousand  women, children, and elderly while approximately 16,000 Bosniak men and boys escaped into the the nearby forest hoping to reach the ‘free territory’ of Tuzla. Between 11 and 22 July, over 8,000 men were executed in and around Srebrenica.

Visit to the Memorial Centre of Potocari along with the cemetery will enable you to meet the local survivor who will share his story of raw survival under a siege during the daily shelling and sniper attacks resulting with hunger, lack of medical equipment, electricity and basically harming the essential human rights to life, liberty and freedom.

Except of the winter working hours,  Memorial Centre of Potocari is open every day between 8 AM and 2 PM. However, if you are visiting on your own, joining no guided tour, you should announce your visit on : info@srebrenicamemorial.org or +387 56 991 940

There is a very long tradition of spa and health tourism in Srebrenica. It is considered that Guber mineral water has been used as a medicine ever since the ancient times.

Guber springs gained special attention when the Austro-Hungarian researcher prof. Dr. Ernes Ludwig was attracted by water from the source of the Velikog or Crni Guber and whose analysis showed an excellent combination of minerals for the treatment of anemia. Federal Ministry of Health of the former Yugoslavia declared Crni Guber water which also became well-known in the world market, to be a medicine .

Stunning Drina National Park is the 4th national park in the country. It is known for amazing biodiversity and geomorphological specificities.

National Park is also a home to one of the most important and definitely one of the largest antique sites in BiH-archeological site Skelani. Skelani are a small village in municipality of Srebrenica. In November 2011 this archaeological site was declared a national monument of Bosnia and Herzegovina.

Archeological remains of the imperial palace located in the center of the Roman town of Malvesiatium, the administrative center of the region, were discovered by Carl Patch. So far, the discovered part covers 900 square meters and includes a large number of rooms, corridors, two semicircles, hypocaust – underfloor heating, the remains of wall painting in three layers and stone monuments with inscriptions dedicated to Jupiter, Triad, Mars, Silvanus and Mithras.

Another pearl of Drina National Park is lake Perućac, an artificial lake fed by water from the Drina River. It is located between the area of ​​the municipality of Srebrenica (BiH) and the municipality of Bajina Bašta (SRB). The lake was created by blocking the flow of the river Drina, for the needs of the hydroelectric power plant “Bajina Basta”. The length of the dam is 461 m and the height is 93 m.

Perućačko Lake stretches through the canyon of the stunning Drina river, all the way to Višegrad. What gives a special charm to this absolutely intact area are the numerous surrounding small villages while the huge slopes of the Tara mountain, which belongs to the Tara National Park, towers over the lake.

Least but not last – local communities, which will most likely be a highlight of your trip. Encounter with Srebrenica should never be only about the locations you visit. It should always be accompanied by an intense meeting of small local communities of the town and surrounding villages.

This is why, when conducting our tours, we always favour and prioritise local people and their stories. Visiting Srebrenica means feeling the spirit of the local people who, despite all the hardships, managed to get back on their feet and never lost hope for a better future. People of Srebrenica will delight you with their invincible spirit, warmth, and a bit funky sense of humour that is so typical of Bosnia and Herzegovina.

“When there is a will, there is a way” and our team strongly believes that every human being deserves nothing less but hope for a better future. Every year dedicated team of incredible people from Funky Tours along with a valuable support from our amazing guests organise a humanitarian project of giving back to our small local communities that need support.

On January 6th, 2021 we have decided to support families and children from area of Srebrenica. We have arrived with boxes of food, house essentials and gifts for the youngest family members, and returned with full hearts and new friends. There is no earthly money that could replace the experience and the feeling we got in return.

Thank you Fenny, Channel, Ivan, Begija and MarketMakers project who supported us all the way.

Read more of our Articles