Planning to visit Serbia? Planning to explore one of the most amazing regions of Northern Serbia, region called Vojvodina? Make sure to check up Funky Tours Magazine recommendations on what to do and see in Vojvodina.

Some roughly 90 million years ago, in the middle of the Pannonian sea, there was an island. Millions of years later, when the sea water disappeared and Pannonian valley appeared, island turned into what we know today as Fruška Gora mountain.

Some call it “mirror of the geographical past”, Fruška Gora as oldest National Park in Serbia, Serbian Holy Mountain – Mount Athos, is true pearl of Srem (eng.Syrmia) and Vojvodina region.

Romans used to call it “Alma Mons” or fertile mount, but present day name originates in the old Serbian word “Fruzi” of which singular form is “Frug”; and its adjective is Fruški, which was used for naming the Frankish people, who at one point of time, aimed to control this region.

If you want to experience the real, authentic Serbia, then Vojvodina, Srem region and Fruška Gora will deliver the most amazing, traditionally authentic experience you can imagine. 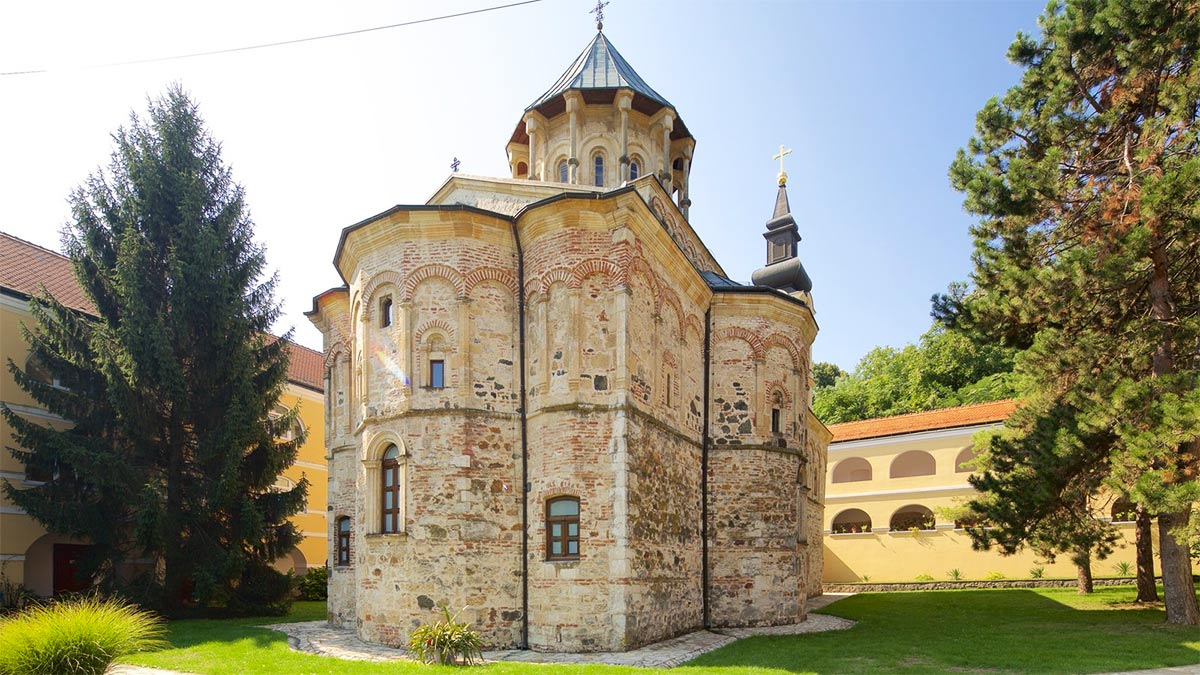 Just by knowing that famous Bermet was served at Titanic and was used to bribe Austrian Empress Maria Theresa, will make you think, what the hell is so big about these Vojvodina wines?

Well, when in the fertile lands of Fruška Gora mountain, some 1700 years ago, Roman Emperor Marcus Aurelius Probus planted first vineyard, near village of Neštin, it was great sign that this region has vast wine-making potential.

When Ottoman empire ended its presence in these regions with Treaty of Karlowitz in 1699, the golden era of Fruška Gora wine industry started.

Today in the region, there are more than 60 privately owned wine cellars which are giving you unique opportunity to try some of the finest European wines.

Among many amazing wine-makers we had pleasure to visit 300 years old, Živanović winery at Sremski Karlovci, and taste some of the best dessert-sweet wines, such as white and red Bermet and Reisling too.

Originally, Bermet was intended for medical purposes, and meant to be served as digestif. Later it became part of everyday use as regular wine, containing 16 to 18% of alcohol. It is produced  through maceration of 20 different herbs and spices and only several families in the region of Sremski Karlovci have exact formula on how to make it.

Part of the winery is museum dedicated to greatest Serbian honey-maker prof. Jovan Živanović, who was the first to use modern, so called “Živanovička” beehives. This stunning invention ceases to kill bees, starts using the “ram” (eng.Frame) in beekeeping practice, and becomes the first one to use centrifugal honeycomb machine in this part of the world.

Tasting Živanović sesame honey, was one of the highlights of our visit. 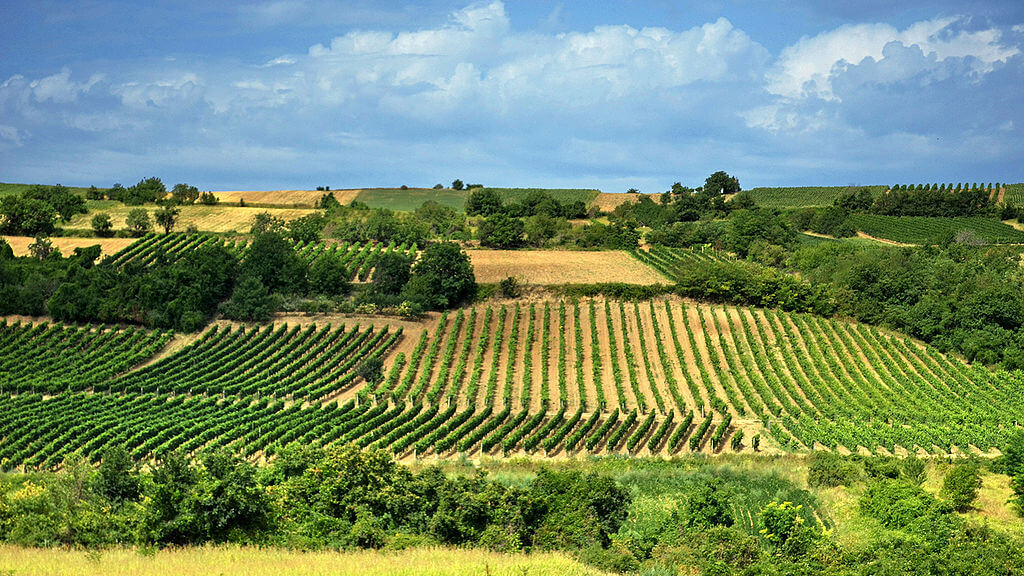 “Salaš”, in hungarian meaning “house or accommodation” is by far the most amazing way to learn about the true nature of Vojvodina lifestyle and hospitality.

Originally, Salaši are traditional farms in Panonnian valley plains. Owned by families and usually consisting of family house, agricultural objects such as barn, stable and granary. At the same time surrounded by arable land and pastures, salaši have been heart of Vojvodina life.

Salaši today became the heart of tourist folklore, where you can stay, try local cuisine, hear traditional music (tamburice) and travel back in time.

We really had a great time visiting famous Salaš 137, which, located just 10km outside of Novi Sad, feels like you have left urban life years ago.

Acacia trees alley at the entrance, suggest there is wonderland inside. Once inside, possibilities are unlimited.

If you fell in a mood to do horse riding, explore the old lifestyle, smell the dry hay, try the local products exactly as they tasted hundreds of years ago, stay at amazing accommodation and so much more, salaši are really the amazing places to do so. Amazing places to experience true Vojvodina.

As appetizer we recommend to taste “foie gras” and baked eggplant with cheese. We were blown by it. We had amazing “Popaj salata” and main meal was veal steak in mushroom sauce. For the dessert, we had traditional “Šnenokle” a.k.a “Floating island”.

Pro tip – Salaši are places often crowded with mosquitos so it is recommended to have some repellent on you, even though salaši staff will provide it. 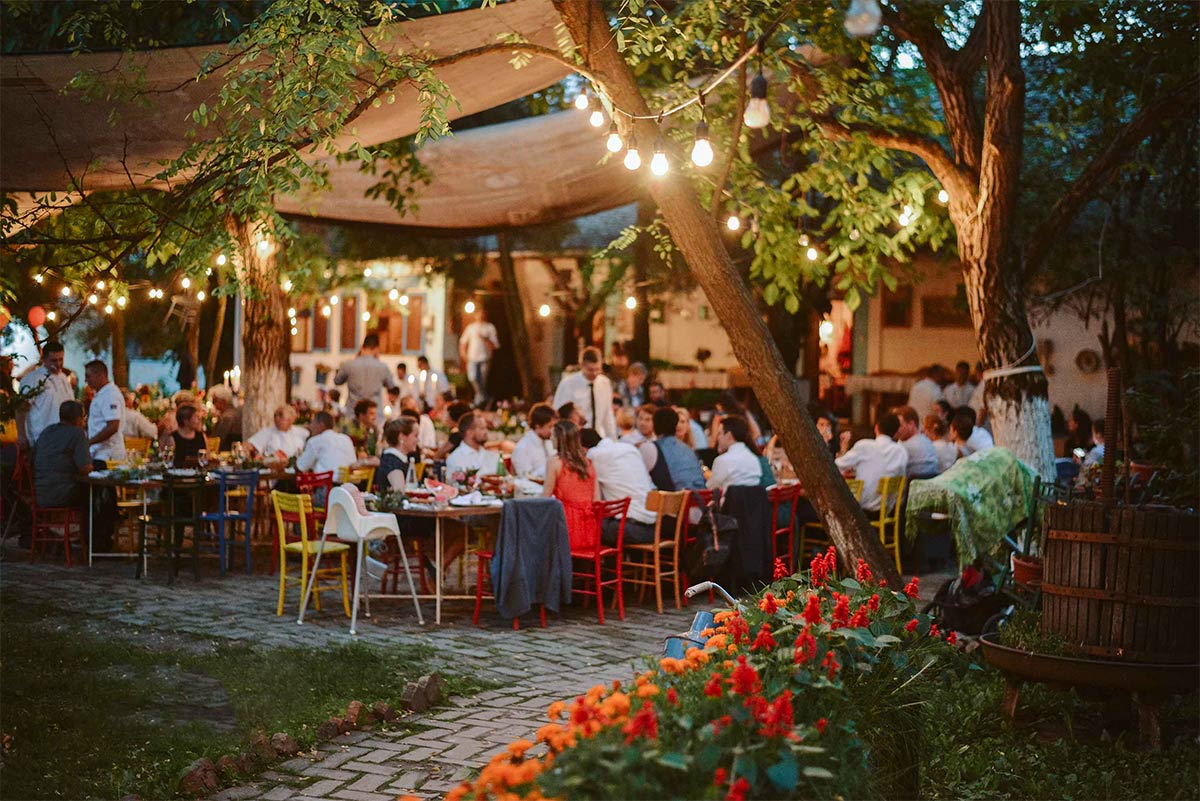 Once upon a time, Fruška Gora or Serbian Mount of Athos was home to 36 Orthodox monasteries, of which today, only 16 are preserved.

Predominantly built in the period from 16th to 18h century by the royal Branković family, monasteries have been hidden among the hills of Fruška Gora and have used as great shelter during the migrations caused by the Ottoman invasions from south.

Also from cultural and religious side, these monasteries have been crucial for preservation of Serbian identity and Orthodox religion in these regions.

If you are planning to spend day or two at Fruška Gora these are must see monasteries.

It is known as second Studenica and probably the most visited monastery at Fruška Gora, Krušedol monastery has been founded between 1509 and 1514 as a legacy of last Syrmia despot family – Branković family.

Also, it is famous for still surviving 16th century frescoes, while majority are dating from 18th century. Monastery has been damaged and destroyed on few occasions, and was used as a prison by the Ustaša in the WW2, where many partisans have been tortured and killed.

According to tradition, the monastery was founded by Zmaj Ognjeni Vuk (Despot Vuk Grgurević) in 1471. The earliest historical records about the monastery date back to 1545/1546. The monastery had been deserted before the 1690 Great Migration of the Serbs, but a renewal, undertaken by Bishop Isaija Đaković, took place in 1708.

The extant church was erected in 1576 and the bell-tower with the small St. Stephen’s Chapel upstairs was built between 1751 and 1758.

The icons were painted in 1776 by Teodor Kračun, and the most important one being famous fresco of The Massacre of the Children at Vitlejem.

Traditionally, its founding is linked to King Stefan Dragutin and the earliest historical records about the monastery date to 1562. It was originally completely built of bricks, and today, among other things, is famous for its tower, being the highest among all monasteries at Fruška Gora.

Most of the relics have been stolen by Ustaše regime during the WW2.

The exact date of its founding is unknown, but first mentions date from 1589. The records indicate that the church was built at the time of Metropolitan Serafim Jovanović.

It is famous for being home to relics of Prince Lazar, which were located in this monastery until the WW2, when they were moved to Belgrade (Museum of the Serbian Orthodox Church) under the threats of Ustaše regime.

When people are thinking of Serbia, the first thought is Belgrade. Yes, it is the capital. Capital of Serbia and ex Yugoslavia, the party and nightlife capital, electrified by good vibes and so on.

But, there is one more equal to it. Just by saying that Novi Sad, is home to 26 different ethnic groups, and home to 6 officially spoken languages, spices things up. Adding up that Novi Sad is home to one of Europe’s largest music festivals, Exit festival, and in combination with unique history and architecture, makes the capital of autonomous region of Vojvodina, Novi Sad, a must see place on your visit to Serbia.

What to do and see in Novi Sad?

The most popular and one of the most well-maintained beaches throughout the Danube, is the Štrand at Novi Sad (Strand in German means the beach). With its beginnings in 1911, although locals had used it years before, it today become one of the top spots in Novi Sad.

The first booths were built in 1913 (three rows), followed by the construction of a ticket office at the main entrance, which was recognizable by two spiked towers and wooden turnstiles for the individual passage of visitors.

The Trčika tram, which departed from Železnicka Street, ran to Strand.

Since the beginnings, the Strand has been known for a variety of sporting events such as picigen, ketch-ket (hand-tennis), kurendol (foot-tennis) and, of course, head-tennis, which originated on this beach. 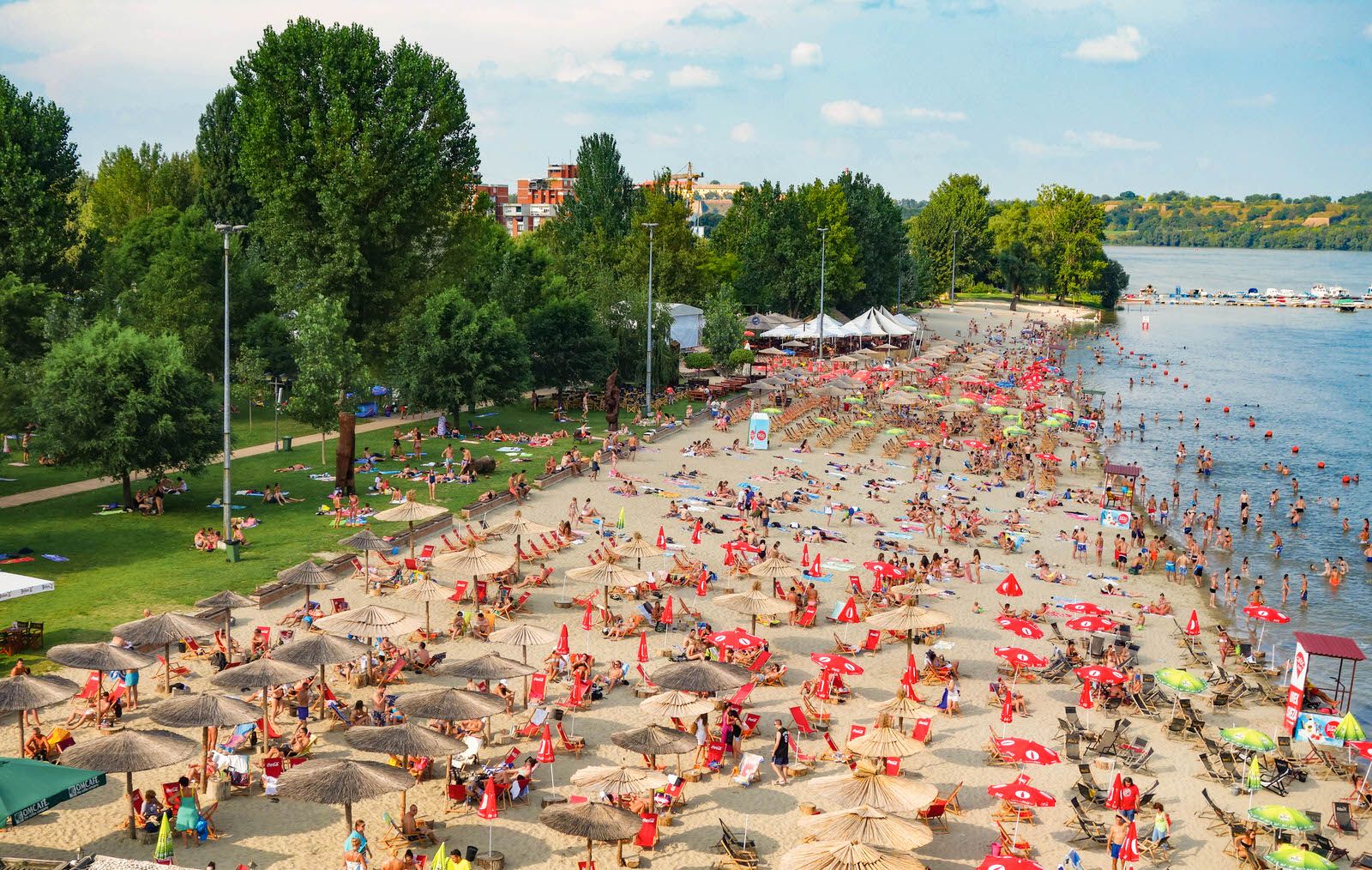 The main square in Novi Sad, was constructed during the 18th century, when Novi Sad was getting its final architectural touches. Originally people called the Franz Joseph Square, while the present name originates after the city liberation in 1944.

The west side of the square is dominated by Neo-renaissance city hall, built in 1895., while on the opposite, is Neo-Gothic Catholic Cathedral, 72m high, built in 1895. In the middle of the square, is statue of Svetozar Miletić, lawyer and Novi Sad’s most favourable politician.

We recommend to stroll around the square, take a walk down the Zmaj Jovina and Dunavska street, explore the Dunavski Park, and get to experience Novi Sad as true “Novosadjanin”. 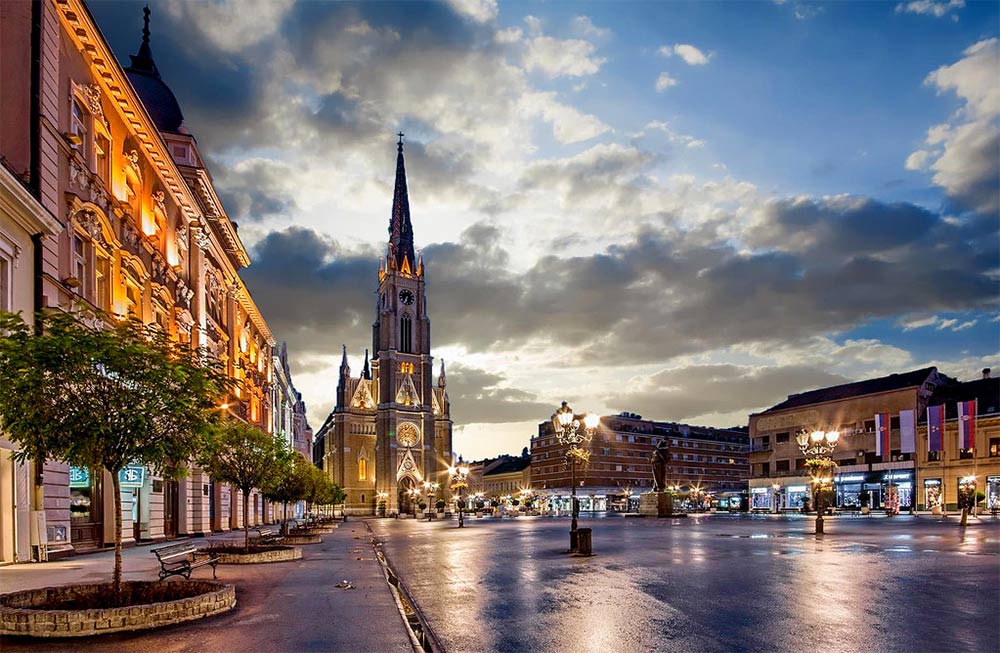 Located on the outskirts of Novi Sad, just across the Danube, the most famous site of the region is Petrovaradin Fortress. Being 2nd largest fort in Europe, Initial construction started in late 17th century and after many disruptions, finished in late 18th century.

Controlled by Ottoman Turks, later by Austrians, who gave it present day elegant appearance, Petrovaradin fort has always been the bastion of high importance. Legend says that it’s name originates from three words, which literally mean “city on the rock, strong as a faith”, and because of strategical importance, often it was attributed as “Danube’s Gibraltar”.

Today, Petrovaradin Fort is “bastion” to Exit music festival, one of the best European festivals, taking place every summer, usually in the early July. Started originally in 2000 as student rebellion against the Milošević regime in Serbia. The slogan, “Exit out of 10 years of madness”, was the idea behind Exit’s revolutionary ideas.

The most capturing symbol of Petrovaradin Fort is “drunken clock”, whose clock arrows show the opposite: the big one refers to hours and small one refers to minutes. Some two and half centuries ago, when the clock was donated by the Habsburg Empress Maria Theresa, it was important that the right hour can be seen from the opposite side of Danbe. So it stayed until today.

At Petrovaradin Fort you can “chase” the lost treasures of Habsburg monarchy, explore the mystery of underground labyrinth, and tunnels under the Danube. Also, you can visit the Planetarium, Novi Sad city museum, meet the artists and see their exhibition. So much to do, at the European probably largest art colony of this kind.

Easy walks around the fort and coffee at one of the local cafes is must do. 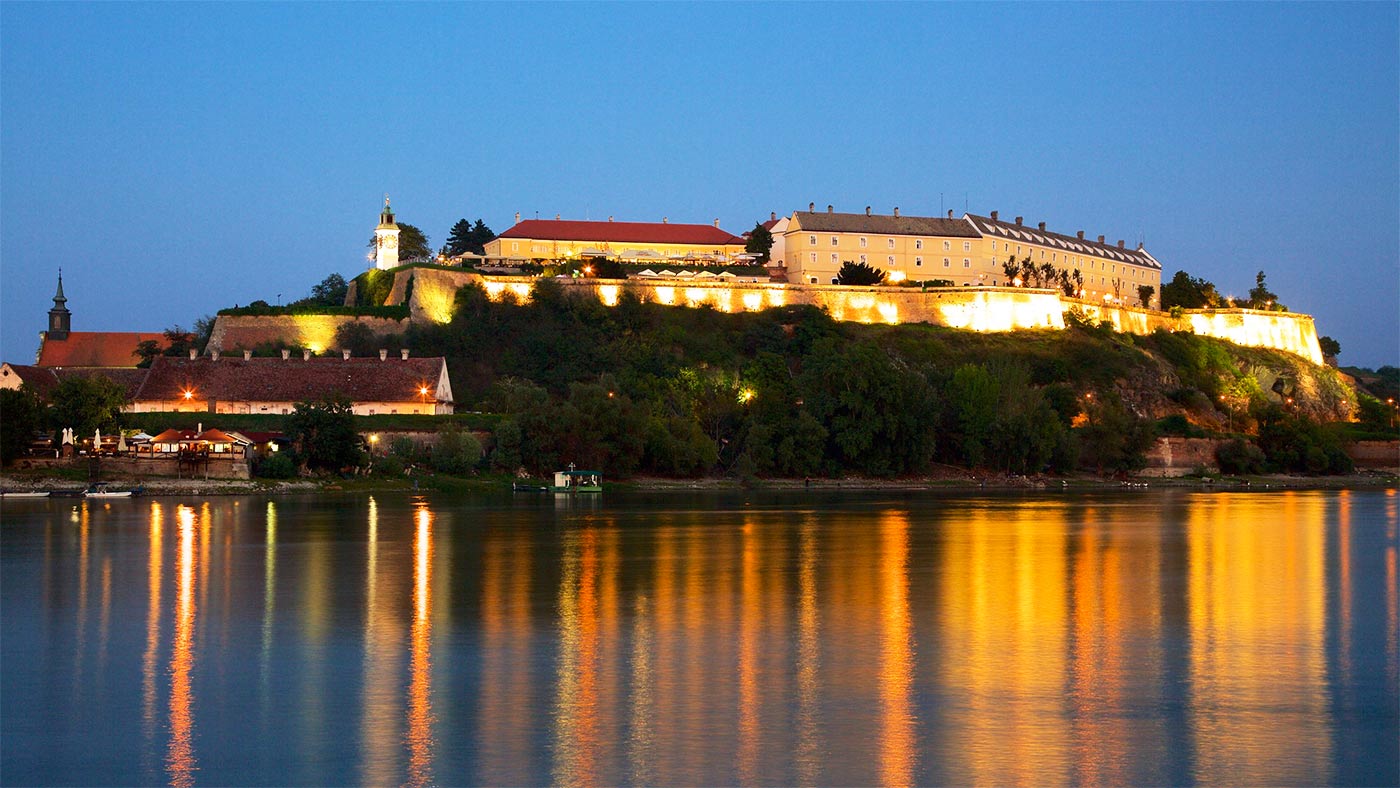