When you book with an account, you will be able to track your payment status, track the confirmation and you can also rate the tour after you finished the tour.
Sign Up
18838

Do you want to attend a private home-hosted event in Sarajevo, and hear the most beautiful melodies of Sevdah, unique traditional Bosnian music, in an intimate atmosphere, in the company of the winner of “The Best Artist of Europe“? Do you genuinely want to learn what Sevdah is, how it evolved over the centuries, and how it conditioned the development of Bosnian culture? Do you want to experience Sevdah music with a true King of Sevdah – Damir Imamović?

If yes, join us at Damir’s home, in the vibrantly intimate atmosphere of the historic old part of Sarajevo, having a glass of local Herzegovinian wine while listening the best of Sevdah music.

This is the only Sevdah music event of this kind in Sarajevo, Bosnia and Herzegovina, and the Balkans. This unique experience can’t be found anywhere else in the World.

In cooperation with Damir Imamovic, the best European artist for 2021, we have created a unique Sevdah experience. An experience where you will have the opportunity to hear the original sounds of traditional Sevdah mixed with modern melodies, and during the active interaction with the artist, you will have the chance to learn more about this unique and timeless music genre of Bosnia and Herzegovina.

Sevdah music event with Damir Imamovic is unique, unlike any other musical event, that offers the best of Sarajevo and Bosnia-Herzegovina hospitality and simultaneously brings a new dimension to exploring the local Bosnian and Herzegovinian culture.

Damir Imamović (born 1978) is a Bosnian musician, singer, composer, and author of the traditional music of Bosnia and Herzegovina, “sevdalinka” or “sevdah”.

He is the winner of “The Best Artist of Europe” in the 2021 Songlines World Music Awards.

He is coming from a family of sevdah musicians and represents a new generation of the traditional music of Bosnia-Herzegovina.

Since 2005 Damir performs with his Trio, his “Sevdah Takht” quartet as well as occasional projects with Jelena Popržan, Bojan Z, Eric Vloeimans, Greg Cohen and Derya Türkan and others. He recorded 6 CDs for different labels, including the renowned The Glitterbeat Records («Dvojka», 2016).

He is very active as a traditional music educator with his SevdahLab program. Damir wrote the book «Sevdah», the first history of the genre (Vrijeme, 2016).

Today “sevdah” means simply – love. But, sevdah is also a genre of music and poetry that came together through meetings of the East and the West in the Balkans.

A place where it blossomed the most is today’s Bosnia and Herzegovina where Radio Sarajevo became the legendary media which succeeded in bringing together traditions of Slavic ballads, traveling ottoman ashiks (singer/songwriters), European 19th century Romanticism, and modern orchestration. 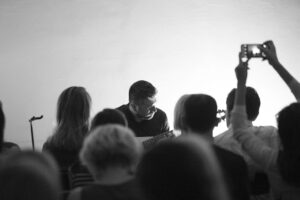 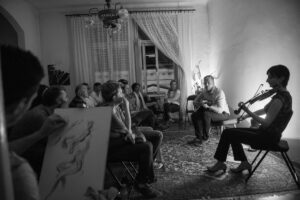 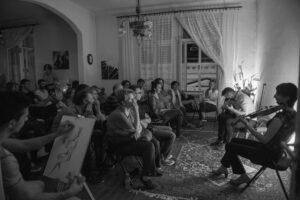 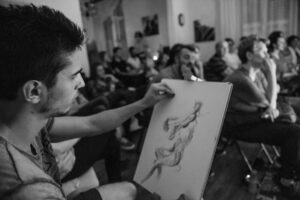 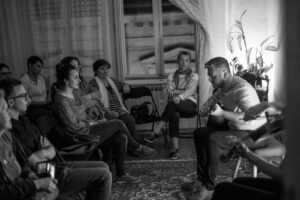 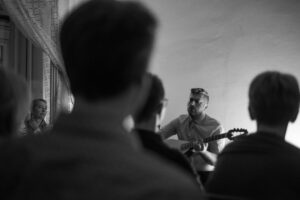 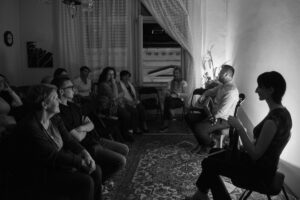 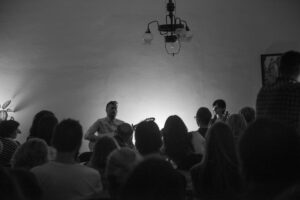 2 travellers are considering this tour right now!
Start WhatsApp Chat
1
24/7 Assistance
Let's talk about the Balkans!
Thinking of Balkans? We are the experts!