When you book with an account, you will be able to track your payment status, track the confirmation and you can also rate the tour after you finished the tour.
Sign Up
9102
2 Days
Availability : Jan-Dec
Min Age : 0+
Max People : 8 persons

Krajina (eng. Furthest frontier) is the Bosnian most-northern geographical region. With yet unseen and unrivalled natural beauty, diverse cultural heritage and completely off the beaten path trails, Krajina region is a must visit for anyone travelling the Balkans and Bosnia and Herzegovina.

Funky Tours two day round trip, starting and ending in Banja Luka, combining in-depth explorations of two National Parks (Una and Kozara) and places such as Bosanska Krupa, Krušnica river, Ostrožac castle, Bihać, Martin Brod, Drvar, Šipovo and Jajce, and so many more other  beautiful and interesting places, is surely the best way to fully understand and explore the Krajina region.

Morning:In the early morning, as soon as we leave Banja Luka, after a short 1hour drive we will arrive in the region of Kozara National Park. Kozara National Park with its remarkable WW2 memorial to Krajina fighters is today one of the most important monuments of Yugoslavian brutalist architecture.

Originally designed by Dušan Džamonja and built in 1972, Mrakovica memorial is dedicated to fallen Partisan fighters, fallen soldiers and all other civilian victims who died during the Kozara Offensive in 1942.

During the tour, we shall give a dedicated explanation on the Kozara monument’s importance during the era of Yugoslavia, story of Yugoslavia itself and its final breakdown during the period of 1990s.

After we have experienced the mind-blowing Kozara monument and enjoyed natural diversity of the Kozara National Park, we move on.

Afternoon: One hour later we shall arrive at Bosanska Krupa, one of the most picturesque towns in Bosnia and Herzegovina. Nested at the most beautiful Bosnian river Una, at its delta with Krušnica river, Bosanska Krupa is truly the pearl of Krajina region.

Once at Krupa, we shall climb the medieval Bosnian fortress overlooking the town, understand its historical value and explore the numerous islets on Una and Krušnica river, famously called “ade”.

The highlight of Bosanska Krupa is a relaxing hike to the spring of river Krušnica. With a total length of 7 km and constant temperature of 10ºC, stunning Krušnica river with its spring capacity up to 80 m3/s and tons of opportunities for fly fishing, is a must see for anyone visiting Bosanska Krupa and Krajina region.

Overlooking the beautiful Una river, a lunch break is planned at Bosanska Krupa.

After the delicious local lunch, we move on and continue our ride by the beautiful Una river canyon, until we arrive at Ostrožac na Uni.

Late afternoon:Ostrožac is a famous medieval fort located on the hill overlooking the Una river. It represents a unique synthesis of different architectural styles, which in its present form and dimensions, was built in four epochs. Ancient documents mention this place in 1286.

However, in the mid-16th century, it was conquered by the Ottomans, who massively upgraded the fort, due to the fact that the Ostrožac captaincy was the most northern captaincy of the Ottoman Empire towards the Habsburg monarchy.

With the arrival of the Austria-Hungarian empire the fort was home to the ruler of Bihać cunty, Lothar von Berks, who furthermore restored and upgraded the town by constructing a fairy tale-like castle to be his family home.

Since 1969, the fort has been a homeplace of the sculpture colony, which today hosts hundreds of sculptures donated to the colony by various artists of ex-Yugoslavian and wider global art space.

Evening: Last stop of day one is Kostelski Buk waterfall, followed by dinner and overnight.

The overnight location depends on your choice of accommodation. Please see accommodation options at our Booking form and choose 2*, 3* or 4* style of stay.

Morning: After a delicious local breakfast, we continue our journey. The first stop of the day is Una National Park, probably the most beautiful national park of Bosnia and Herzegovina. Its most famous spot is Štrbački Buk waterfall, which is the most powerful waterfall in the whole region of the Balkans. With its height of 25m and width of more than 40m this pearl of Krajina region is truly the highlight of the day.

The National Park Una today is still home to the traditional lifestyle of local Bosnian families. One of them, we usually meet up for a morning Bosnian coffee, sweets and discussions about life then and today. Most of these families make a living from agriculture and farming, making the food they bring in front of us, a food of “extraterrestrial” taste and deliciousness.

Afternoon: After just a short drive away from Martin Brod, we arrive at Drvar and visit Tito’s famous Drvar cave. During the May of 1944, when liberated Drvar was a home to the Supreme Headquarters of Tito’s Yugoslavian partisan fighters, Germans conducted Operation Rösselsprung (eng. Knights Move) or famously called “Raid on Drvar”, a combined airborne and ground assault that aimed at capturing or killing the Partisan leader Marshal Josip Broz Tito.

Visiting Tito’s cave and understanding the importance of this region for the post-WW2 events and creation of Yugoslavian state, is an essential add-on for better understanding of the overall history of the Balkans.

Lunch: Source of river Pliva at Šipovo is a fly fishing paradise and one of the most beautiful destinations located on the edge of Krajina and Central Bosnian regions.

A Relaxing hike to the spring of Pliva river, followed by local lunch with one of the local families at the banks of Pliva river is an unmissable part of the day.

Late Afternoon:In the later afternoon of our 2nd day the road takes us to Jajce, the medieval capital of Bosnian Kingdom.

The first thing to do is to explore the Pliva lakes and unique Pliva mills, famously called Mlinčići. Pliva lakes are a great opportunity to take summer time swims and chills.

Jajce town with its beautiful Pliva waterfall as the World’s only town with a natural waterfall in the city centre is a must see spot. The spot where Pliva river meets Vrbas river is simply breathtaking.

Later we shall take a walking tour through Jajce and visit Jajce medieval fortress which was the capital of medieval Bosnian Kingdom, explore the Museum of the Second Session of the National Liberation Army of Yugoslavia (AVNOJ) as a birthplace of Yugoslavian state, Medvjed Kula, the Church of St. Luke which at one point of time served as a mosque, famous Catacombs – underground church and one of the World’s very few mosques named after women – Mosque of Esma Sultanija.

Famously known as the “Museum under the open sky”, Jajce with all of its historical and natural richness is the very best of Bosnia and Herzegovina.

Evening:Final part of the journey back to Banja Luka is via stunning Vrbas river canyon and visit to “Krupa na Vrbasu” set of mills and waterfalls.

Return to Banja Luka is planned in the later afternoon hours. 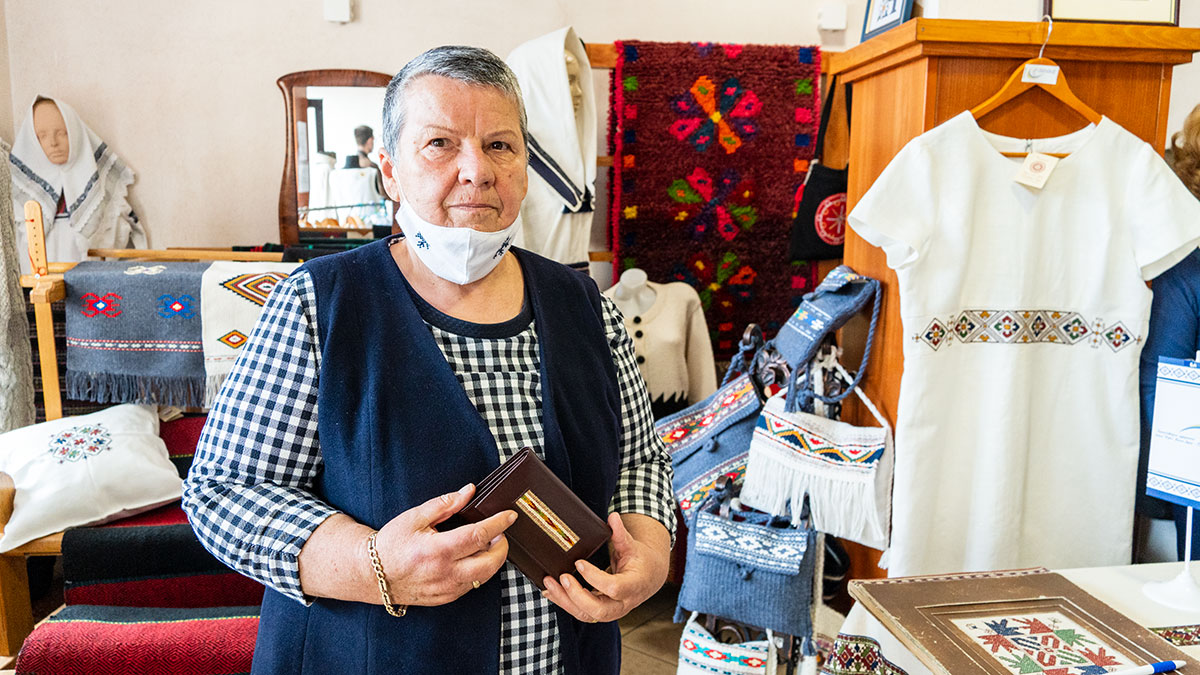 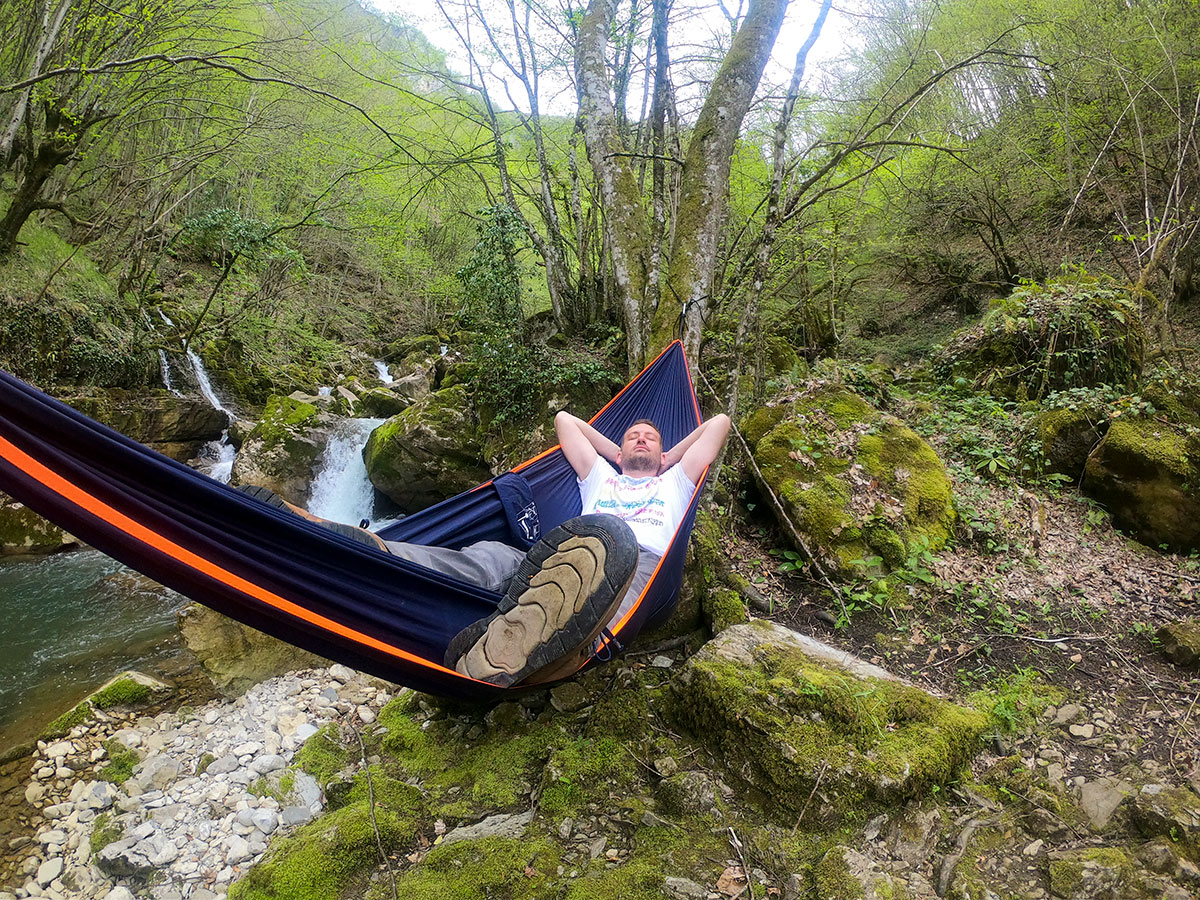 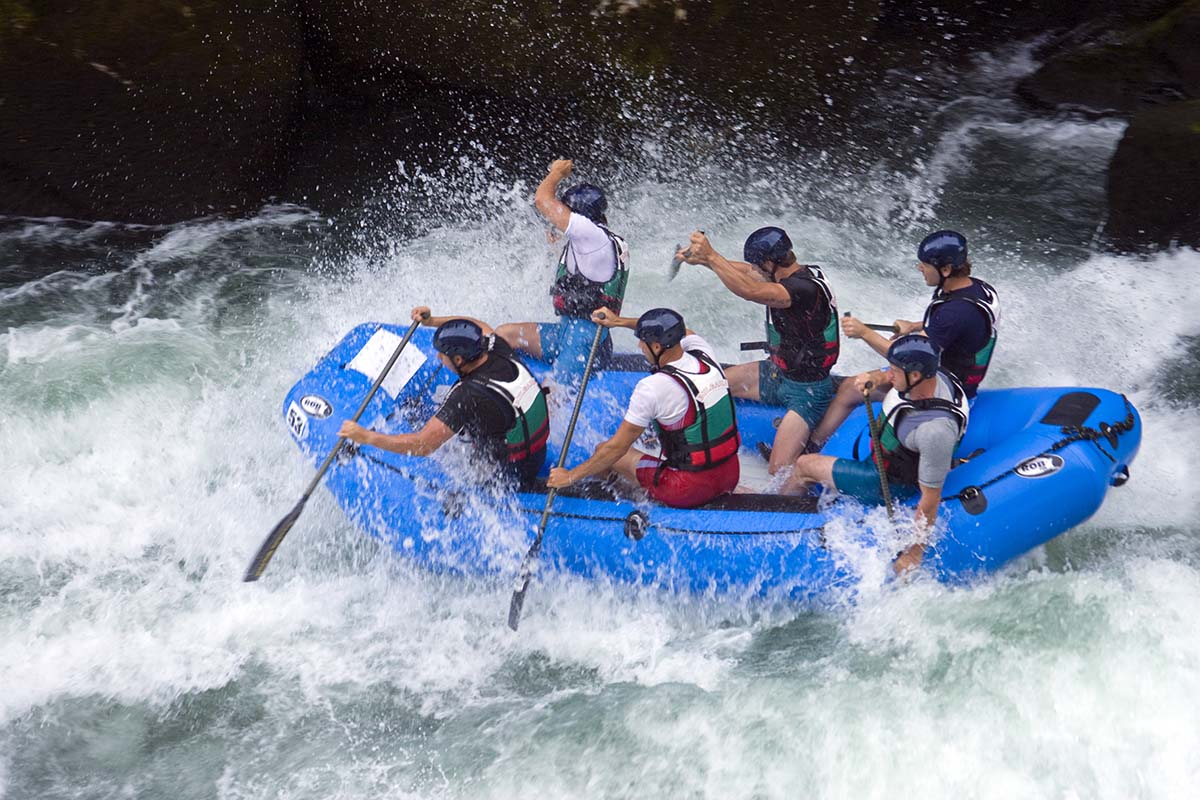 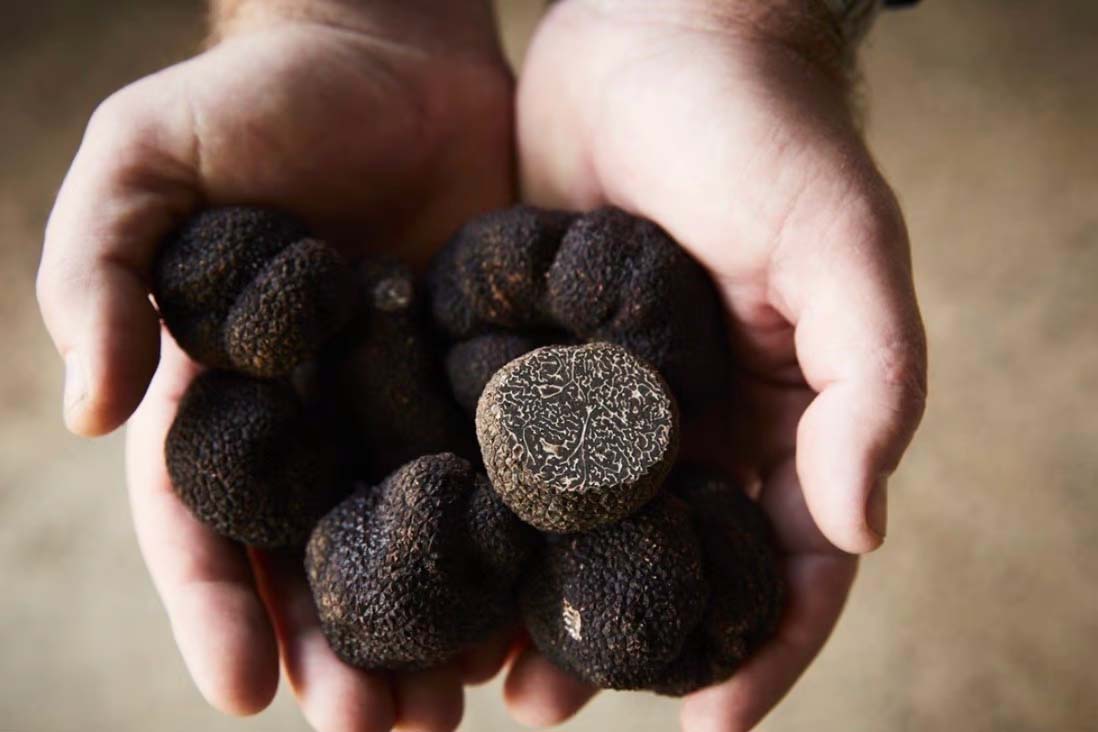 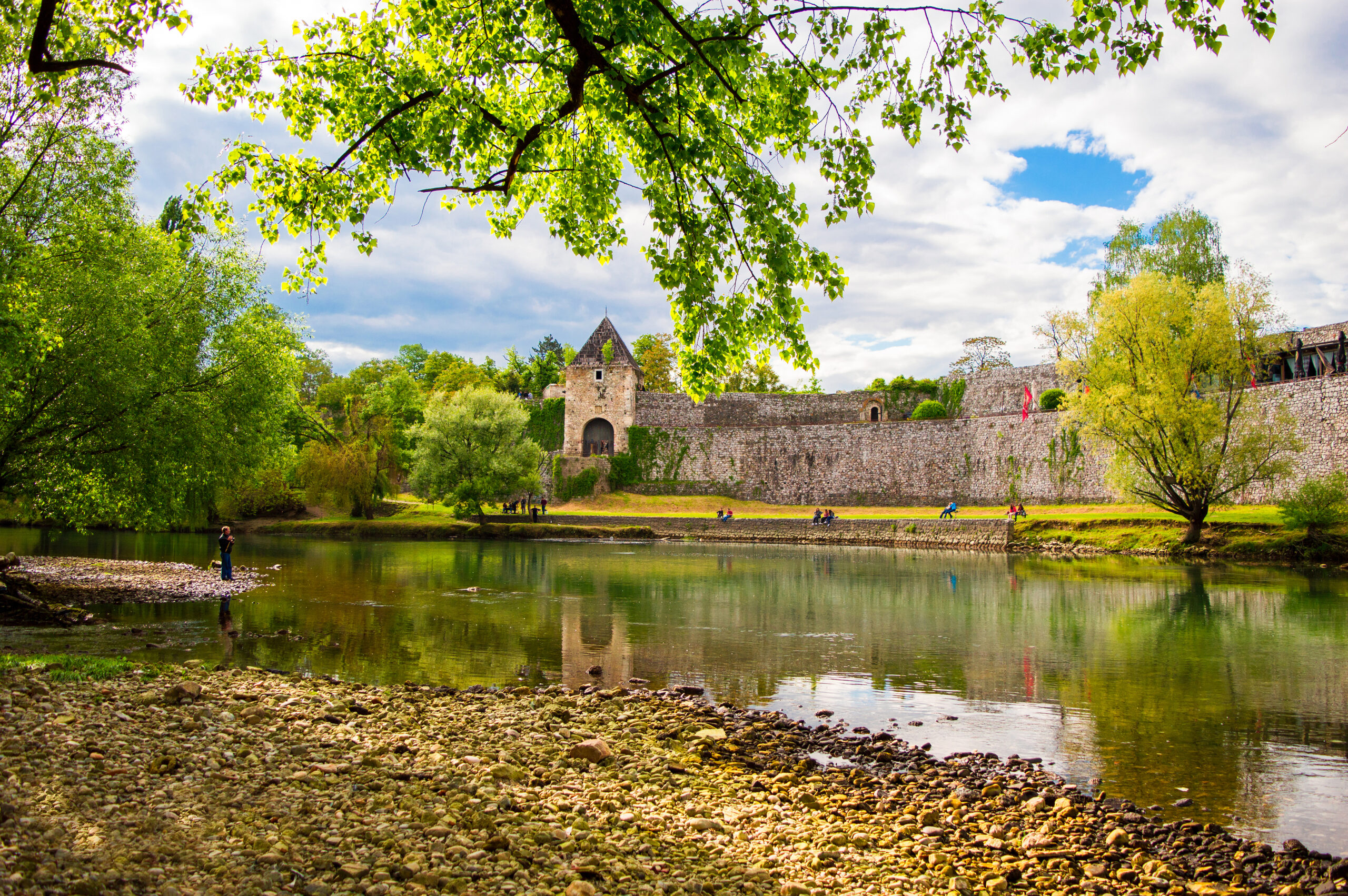 4 travellers are considering this tour right now!
Start WhatsApp Chat
1
24/7 Assistance
Let's talk about the Balkans!
Thinking of Balkans? We are the experts!