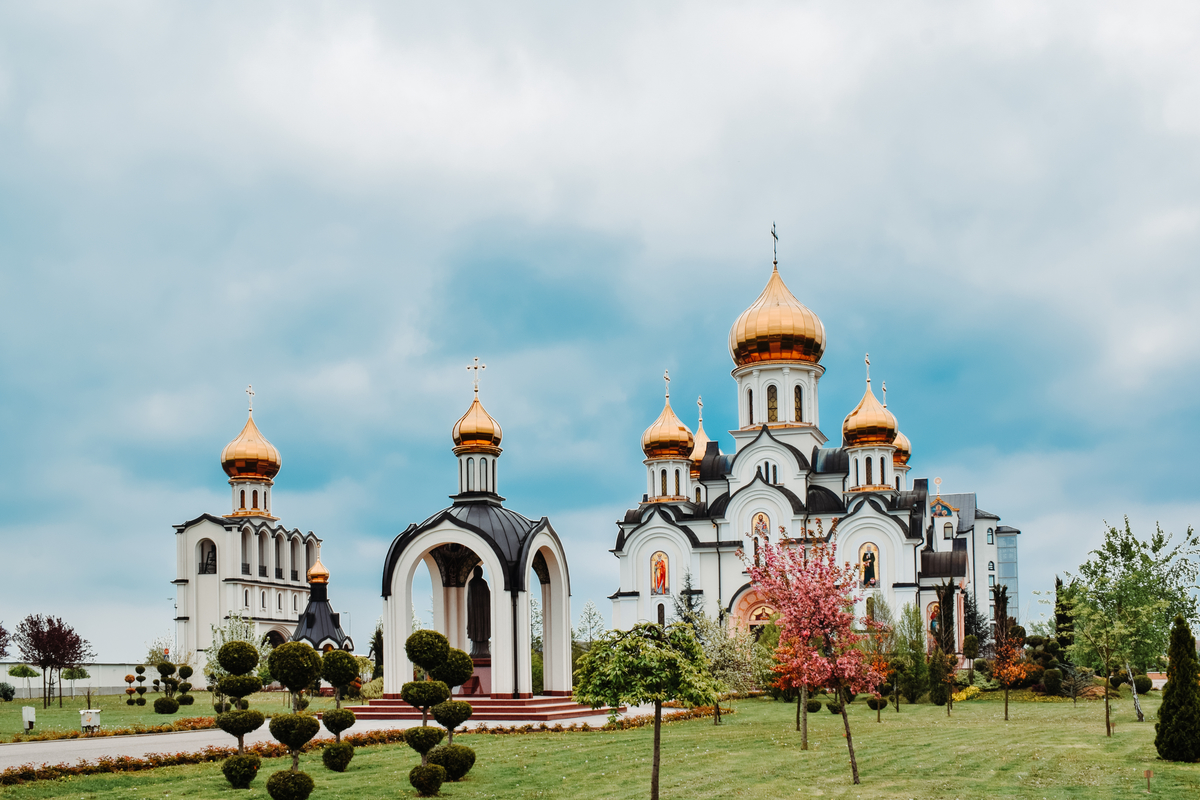 The city of Bijeljina sits at the very northeastern, flattest part of Bosnia and Herzegovina, in the heart of Semberija plain. Unlike the rest of the country, Bijeljina is blessed with fertile soil, flat land, and a very suitable location. Semberija plain with Bijeljina as its unofficial capital is an economic, cultural, and tourist center

With very extensive road connections with Belgrade, Bijeljina is the best place to be in if you are between Vienna and Istanbul. The ride from Belgrade to Bijeljina takes 1h:45min (134 km) goes in most of its route through the pleasant sceneries of the Syrmia region in Serbia and crosses the state border right before entering Bijeljina.

For those considering taking an easy, affordable, engaging trip from Belgrade to Sarajevo or vice versa, Bijeljina is the best place to spend a night or full day, depending on needs and wishes.

Bijeljina at first sight resembles picturesque cities and towns in the Vojvodina region, Serbia. Those willing to taste the unique experience of traditional Balkan hospitality should look no further. 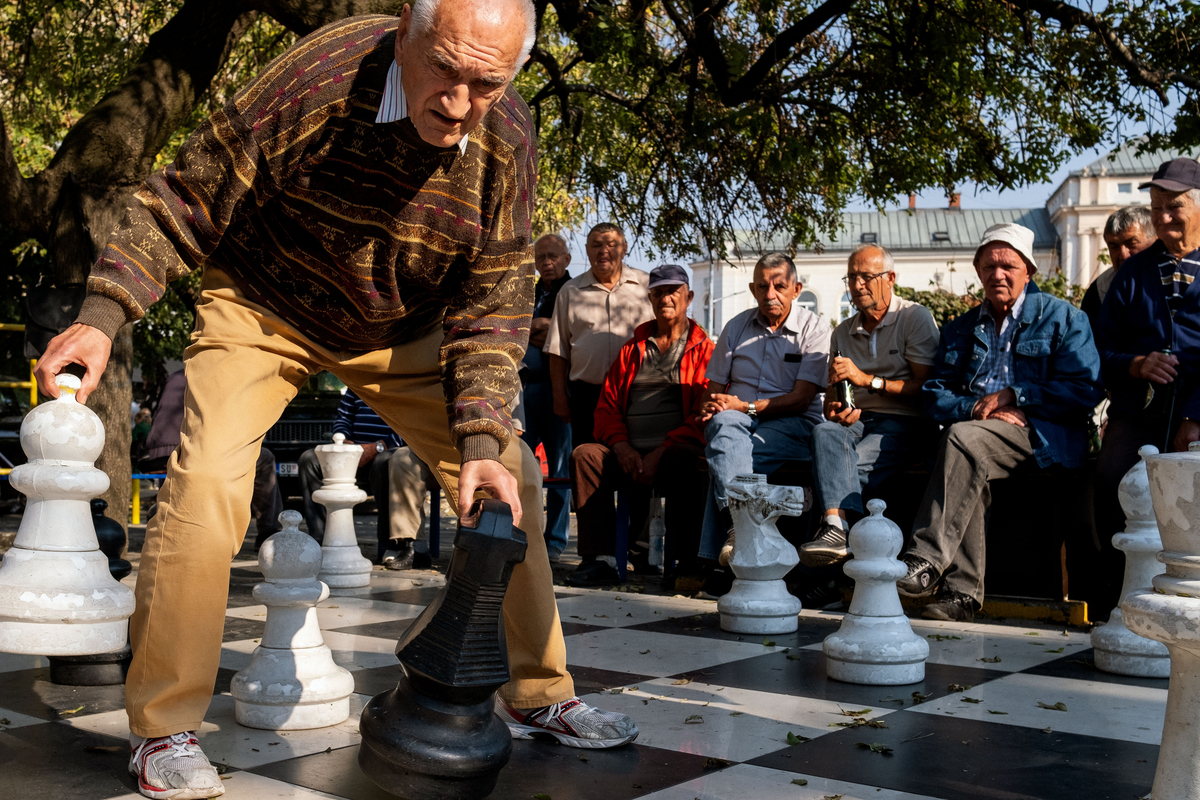 On the fertile plains of Semberija and the slopes of the mountain Majevica, lies the beautiful Bijeljina, like the heart of Semberija, bordered by the magnificent rivers Sava and Drina.

Semberija plain abounds with beautiful countryside, consisting of ploughland, forests, meadows, canals, creeks, and two mighty rivers, Sava and Drina, that are forming the northeastern peak of Bosnia. These Mother Nature assets are one of the reasons why rural farms, weekend houses, and cottages are scattered around the area.

Before entering the city of Bijeljina, which is one of the most urbanized centers in the entire country (with a population of 107.715 distributed over 734,08 km² km2 in 67 settlements), the first build ethno-village in Bosnia will surely spark everyone’s interest.

Ethno-village Stanišići, named after its founder and benefactor Boris Stanišić, was built in 2003 as a product of his inspiration. An official story says “he travelled through villages of Middle Bosnia looking for old houses and objects which would preserve the knowledge about a period and culture from the end of the 19th century and the beginning of the 20th century. The result is the authentic mountain village in the heart of Semberija plain.”

These days, the village is partitioned into two sections, a secular and religious one. The first one consists of wooden cottages mutually linked by two artificial lakes and numerous paths. Apart from lovely and charming cottages, ethno-village includes two 5-star Hotels (Pirg and Ras). The names for both Hotels are derived from Serbian medieval history. 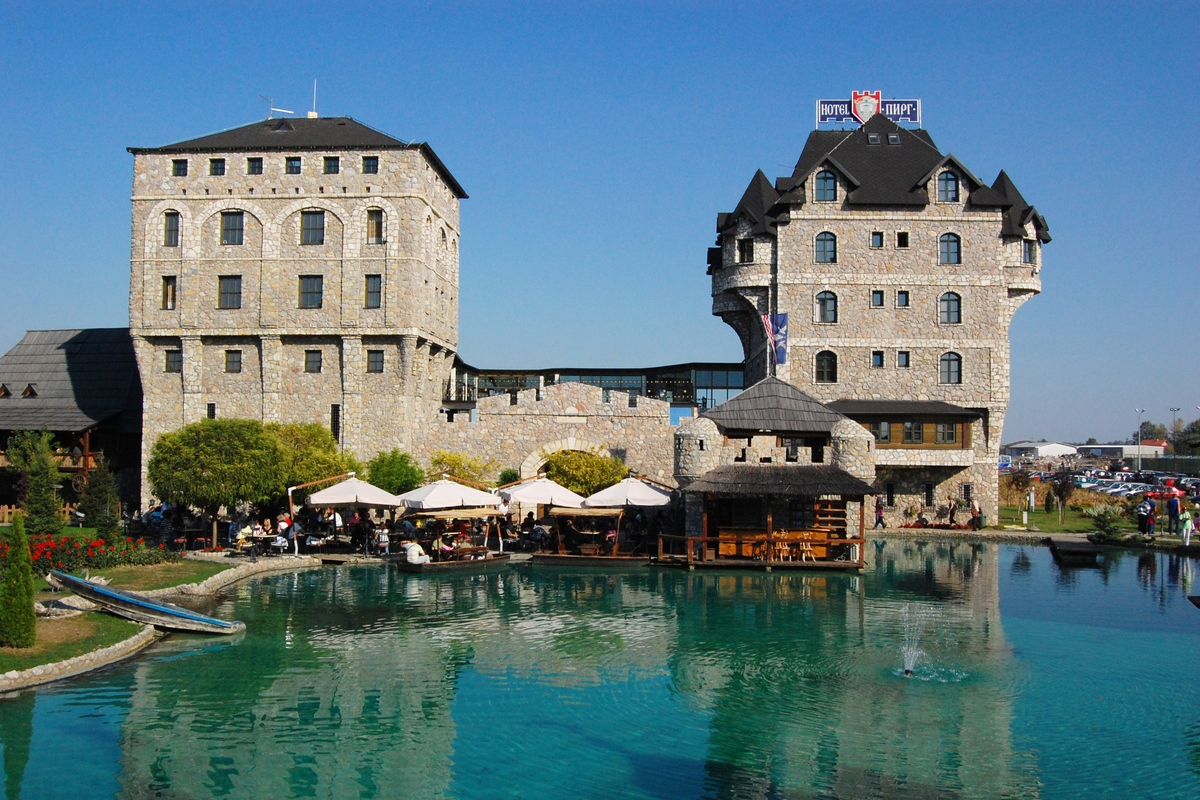 The ethno village Stanišići, beyond the present time and space, brings us back to our ancestors.

The other, religious section represents authentic replicas from various parts throughout the Orthodox Christian world. A monastery dedicated to the Holy Father Nicholas summer includes a beautiful church which is a replica of the medieval Kumanica monastery in Serbia. Attached to a monastery complex is wooden baptistry, and many orthodox Christian families prefer to baptise their kids at this charming site. A baptistry itself is a replica of the Russian wooden church from Alaska, which is also originally dedicated to the Holy Father Nicholas summer, therefore the fate that shapes the entire benefaction fulfills the story most satisfyingly.

A comprehensiveness of an ethno-village is being reached with an additional offer, consisted of two restaurants (Stanišić and Ellas), tavern Vasojevići, wellness and spa center “Leonida”, stadium and sports facilities, and finally, the local ethno-museum expressing the reality of everyday life of ordinary mortals at the turn of 20th century.

Indulge yourself with a unique experience of Stanišići ethno-village, which is the most pleasant first contact with Bosnia when arriving from the direction of Belgrade.

Back in the 1950’s oil workers drilled a couple of wells in the chase for “black gold” in the area south of the Sava river. Fortunately or unfortunately for them and locals, from one of these wells in Dvorovi village, from a depth of 1350 m thermo-mineral water gushed out. Soon after that works were intensified with the purpose to professionalize the Spa offer in Bijeljina.

The importance of the Spa “Dvorovi” is being recognized by the Government of the Republic of Srpska and the City of Bijeljina authorities, hence they agreed at the end of 2020 that the Spa is certainly of great importance and it will be kept as a public facility.

Up so far, at the facility visitors have 5 pools at their disposal, a Hotel “Sveti Stefan” and restaurant “Izvor”, while an indoor swimming pool is under construction.

The official analysis confirmed the therapeutic properties of water that abounds with sodium-hydrocarbon-chloride and helps in the treatment of rheumatic diseases and traumatic injuries. Healthcare services are offered during the entire year, while all others, of course, only seasonally. Every year more than 120 thousand visitors find this place on their bucket list, why wouldn’t you be one of them?

The Religious Aspect of Bijeljina Reality

Bosnia often holds the epithet of a most westernized East and the most easternized West. The truth always lies somewhere in between, same as Bosnia. Centuries of mutual understanding, same as mutual bigotry shaped the past as they are shaping our present.

Since most of the Bijeljina population today is of Orthodox faith (in a national determination – Serbs) a city and its surroundings abound with stunning churches and monasteries.

Saint Petka Paraskeva monastery sits 3 km far from the strict city center, at the location generally known as “five lakes”. Former Zvornik-Tuzla bishop (seat of the eparchy is in Bijeljina as of 1992) initiated construction of a Russian-style church back in 2001.

The monastery complex, apart from the main residential building (which is originally meant to be a nursing home, but still awaits to fully acquire this purpose), consists of two churches, upper and lower one. Russian “habits” in monastery architecture foresee two churches inside of the complex. A smaller one is easier to heat up during the harsh winter conditions. Brilliance in decorations and construction will leave you stunned, astonished, and amazed. The fun fact is that this is originally a nunnery, convent, and besides a retired former bishop, four nuns are constantly residing here and taking care of him. Due to elegance and opulence, a monastery is colloquially known as “Little Versailles”. Take a needed break here, your eyes and soul will be grateful to you, future visitor.

The monastery was named after the Venerable Mother Paraskeva - St. Petka, a saint who helped the sick and the poor.

Urbanization of Bijeljina generally started when the mighty ottoman empire conquered these areas in the late 15th century. Construction of the Islamic religious objects followed these historic events. The most notable one is Atik (tur. old) mosque, whose benefactor and founder is sultan Suleiman the Magnificent. Therefore, the exact year of the construction isn’t known, but it happened probably in the first decade of his rule (1520-1530). The mosque adorns the Bijeljina main square with its elegance, as well as contributes to Islamic architecture globally with its sophistication. Take a break at the mosque courtyard, and learn about the recent infamous events that led to mosque destruction, but also subsequent revival.

Those known as minorities in Bosnian perception, are unfortunately recognized by the constitution as “others”. A terrible term for human beings, but these qualifications are a product of the Dayton Peace Agreement, and hopefully changeable in the following period. Bijeljina is one of those multireligious where six different monotheistic denominations existed next to each other until 1945. Apart from the Catholic, Orthodox, and Muslim elements, in Bijeljina we have had Jewish, German, and Slovak Evangelical presence.

Unfortunate WWII events led us to the point where the Jewish synagogue situated at the city center was demolished, as well as the German Evangelical church at Jozefsfeld village. Slovak minority, on the other hand, managed to organize their community, and today they consist of 40 families who are very influential in the city, while religious life is enriched with the construction of a new, Slovak Evangelical church back in 2009.

Austro-Hungarian rule, established in 1878, opened up the entire Bosnia for the “winds of change” and western, European culture. Until then, Bijeljina existed as a classic ottoman urban center with craft workshops and a specific oriental kind of lifestyle.

At the very end of the Ottoman rule, in the 1870’s the oldest St. George Orthodox church was built, as well as the old Administrator’s seat (Museum of Semberija nowadays).

Austro-Hungarian occupation gifted the city the most beautiful buildings such as City Hall, Hotel Drina (one of the oldest in the entire country), National Bank (Pavlović bank nowadays), and three schools.

A city park dates to 1891, and it was erected at the old cattle market place. New lifestyle didn’t plan livestock in the middle of the city, so the park was built to dominate the downtown. Later on, during the Interwar period, a square in front of the City Hall became the home for the newly erected monument dedicated to Serbian king Peter I. Karađorđević. The fate of the monument followed the dynamic history of the city and the entire Balkans. But recently, back in 1993, was returned after it’s moved at the beginning of WWII.

A most famous Bosnian worldwide, Zlatan Ibrahimović (ignore his birthplace and Swedish football jersey), traces his roots on his father’s side to Bijeljina. Spacious Bijeljina streets were the place where Šefik Ibrahimović, Zlatan’s father, moved from to an immigrant settlement Rosengard at Malmo.

Taking the twist of fate into consideration, a case study could be a comparison of the German settlers from the 18th century who came to Bijeljina to live and work, and Zlatan’s father who fled Bijeljina for the same reasons. Different periods and people, but similar actions taken to provide beneficiaries to lead a life in keeping with human dignity.