Get to explore the hidden gems of Kotor bay by speedboat. Visit Mamula island, old submarine hideout pens at Pristan, Dobreč beach, beautiful Blue cave and famous Our Lady of the Rocks islet.

During the 4 hour tour, experience Kotor bay in the most beautiful way. Don’t forget your swimming gear, as summer time tours give us so many beautiful swimming opportunities.

Pickup Time Tour departs at time arranged and starts from the Park Slobode at Kotor marina. However, if you prefer to start from elsewhere, please let us know about it in advance.

Pickup Locations We shall pick you up in whole region of Kotor bay, Budva and Herceg Novi.

Activity Note: We are exploring Kotor bay in a speed boat, so make sure to dress accordingly by following the weather forecast. During the summer time, we have unlimited possibilities to swim and chill.

Since this is a private tour, the starting time of the tour is flexible. However, starting no earlier than 10 AM or, later than 1 PM is recommended. Usual start is from Kotor’s Park Slobode dock, but if needed pickup can be arranged elsewhere.

Our Lady of the Rocks

After the pickup, our first place of the visit will be the one of the most famous spots in the Kotor bay area, the famous islet of Gospa od Škrpjela (Our Lady of the Rocks).

In the middle of the 15th century, on 22nd of July 1453, when two brothers, one of whom was seriously ill, found an icon on a rocks (“škrpjela”) in the water, as a sign of gratitude for healing, the locals of Perast, built an islet, by increasing the surface of the islet by pouring stones and sinking old sailing ships.

Already in the 15th century, a chapel was erected, in which the image of Our Lady was placed. By the beginning of the 17th century already, about a hundred ships had been sunk, including captured Turkish ships. The larger church was built in 1630, but was damaged in the earthquake of 1667. In addition to earthquakes, the shrine was also exposed to Turkish and pirate attacks.

Today, the islet with its church, beautiful frescoes and a small museum is one of the biggest attractions of the Bay of Kotor.

The visit to Our Lady of the Rocks will be around 30-40min. After thorough explorations of this beautiful island, our journey continues to the outskirts of the Kotor bay, toward the infamous Mamula island. 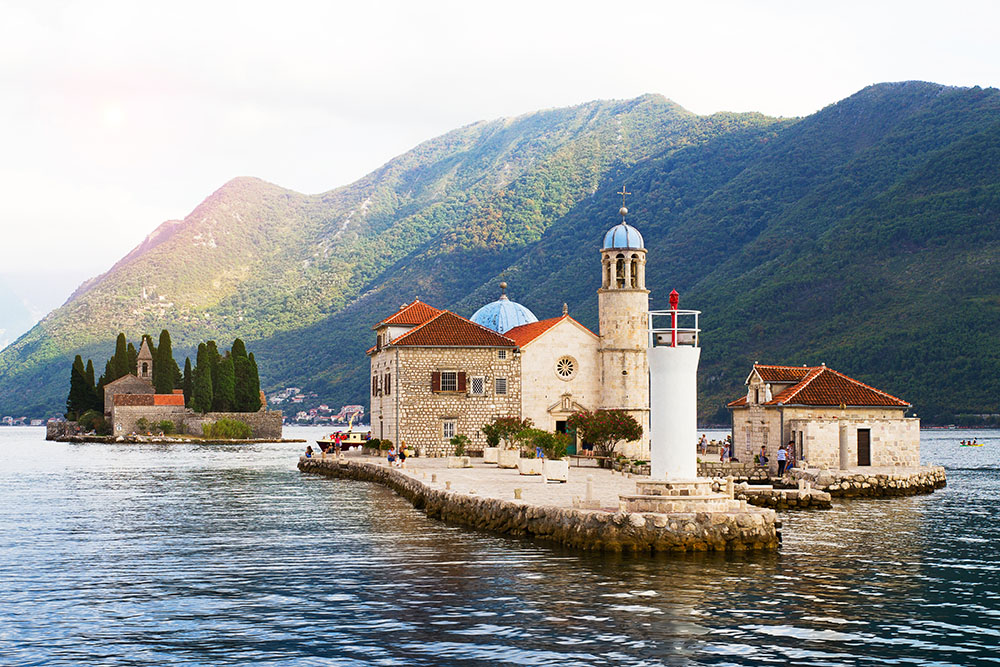 >Islets of Our Lady of the Rocks and St.George

In the mid 19th century, Austro-Hungarian general, Lazarus von Mamula, at Rondina island, as a matter of contingency plans for preventing an enemy entrance to Kotor bay, built a fort, today famously called Mamula fort. Later, the fort would be used as a concentration camp by Benito Musolini fascist forces, and today the old prison is planned to become a luxury resort.

Today, unfortunately access to the island is not possible due to the island being leased for a 49 year period by the Swiss-based Orascom holding.

Since at one point of history the island was used as a concentration camp, the Montenegrin government announcement that the island will become a luxury resort, sparked an outrage between the local communities and descendants of ex-prisoners, who consider it intolerable that an ex-prison and concentration camp should be repurposed into a 5 star resort.

After exploring the surroundings of the Mamula island our journey continues towards the Blue Cave. 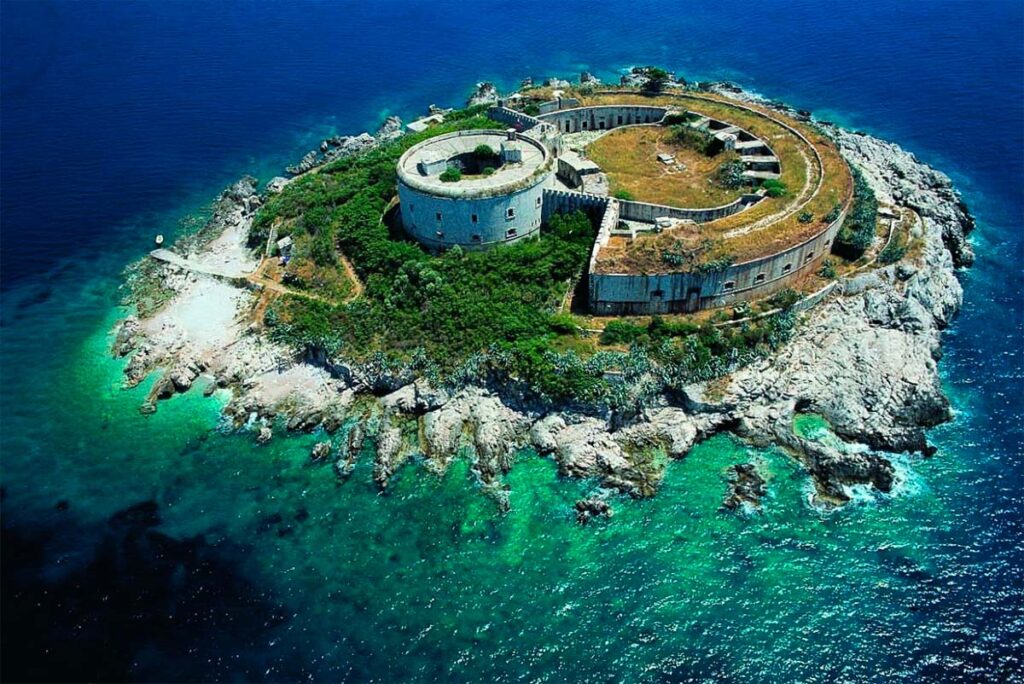 When the light enters its interior, and hits the surface of the water, it creates an amazing shades of blue color, upon which the cave was named. By taking a swim inside the Blue cave, you will easily witness the vast beauty of this unique natural phenomenon.

Some 30 to 40 min of swimming and enjoying the beautiful Blue cave is reserved for this activity. 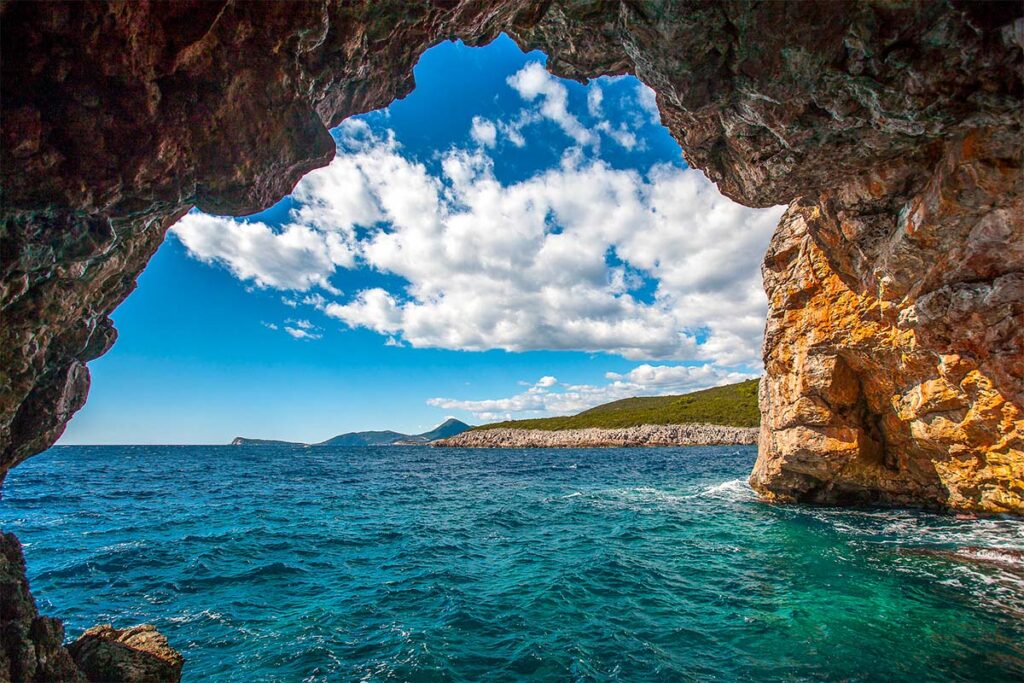 On the way back, we shall make stop at one of Montenegro’s most beautiful beaches, famous Dobreč beach at Luštica peninsula.

Due to its inaccessibility by any other way then the waterway, this beautiful 70m long pebble stoned beach is always spared of jams and crowds, making it ideal place for relaxed swim and chill.

For years, the Blue Flag has been flying on Dobreč, which is awarded only to the cleanest beaches in the world.

On the beach there is small restaurant ideal for lunch or snack break. The restaurant is equipped with toilette, sunbeds, etc.

In the silence and shade, you can try specialties such as sea urchin or shark fin soup. Prices are slightly higher compared to other places in Montenegro, which is understandable if we take into account the way the food is delivered. 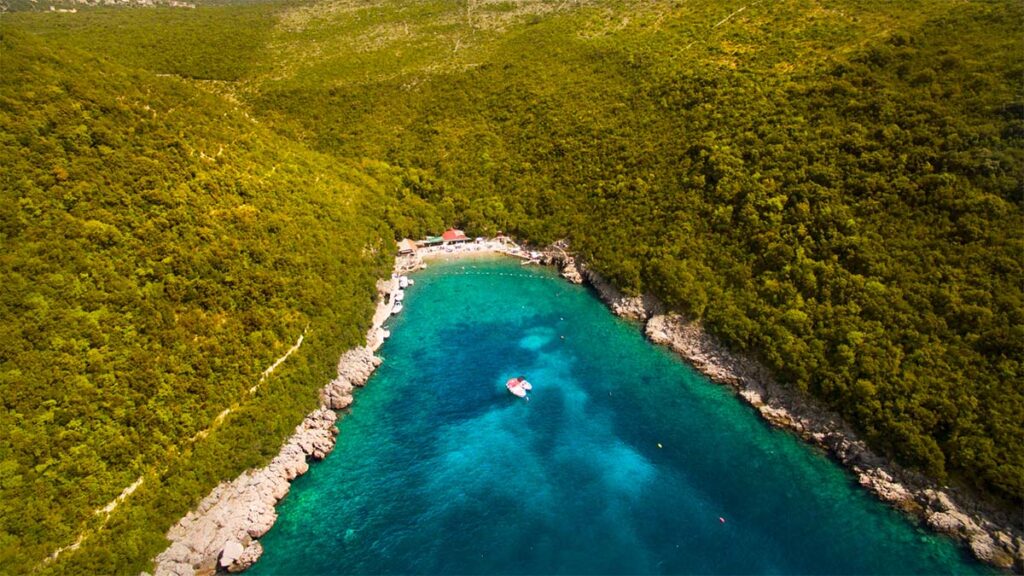 Last point of our tour itinerary will be short stop at ex-Yugoslavian naval base – Pristan, and one of its three submarine pens, used in World War II for hiding and repairing submarines.

During the Yugoslavian era, the submarine pens were used by Yugoslavian navy for its self-produced midget size (up to 19m long) “Una class” submarines. Those types of submarines were used for the purpose of laying small minefield and transporting naval special forces in shallow waters (up to 10m deep), that were inaccessible for larger submarines.

Today the pens are abandoned and represent an ideal insight into the life during the WWII and post WWII period of Yugoslavian state.

Short, 15min stop is planned at one of the submarine pens. 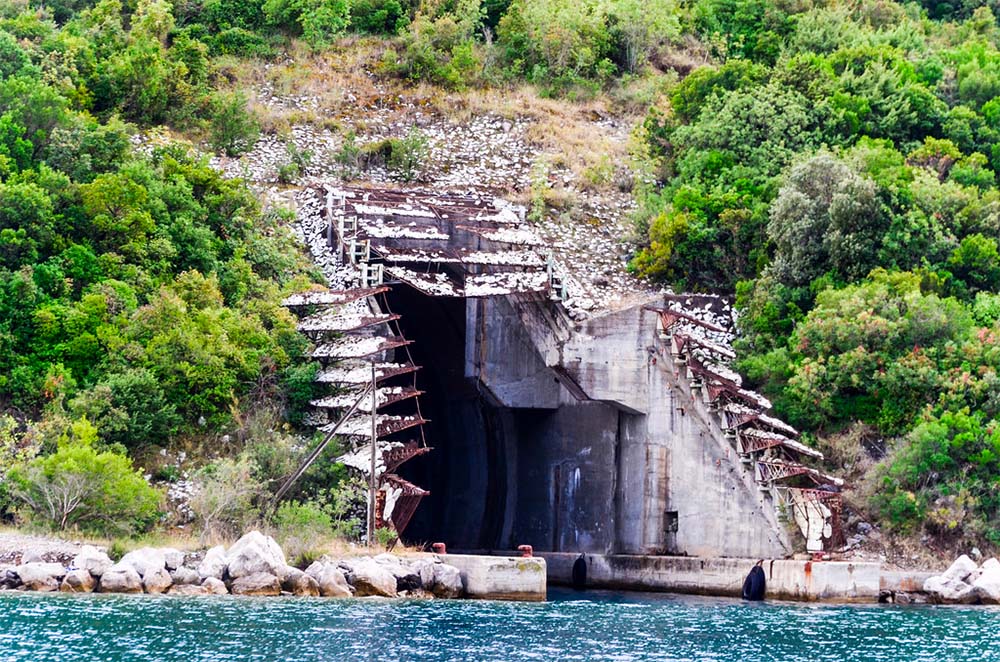 Tour is scheduled to last around 4 hours, with return to Kotor being in afternoon hours.

Aside of the special attractions from the itinerary, the tour will be accompanied with beautiful scenery of Kotor bay and its stunning region. 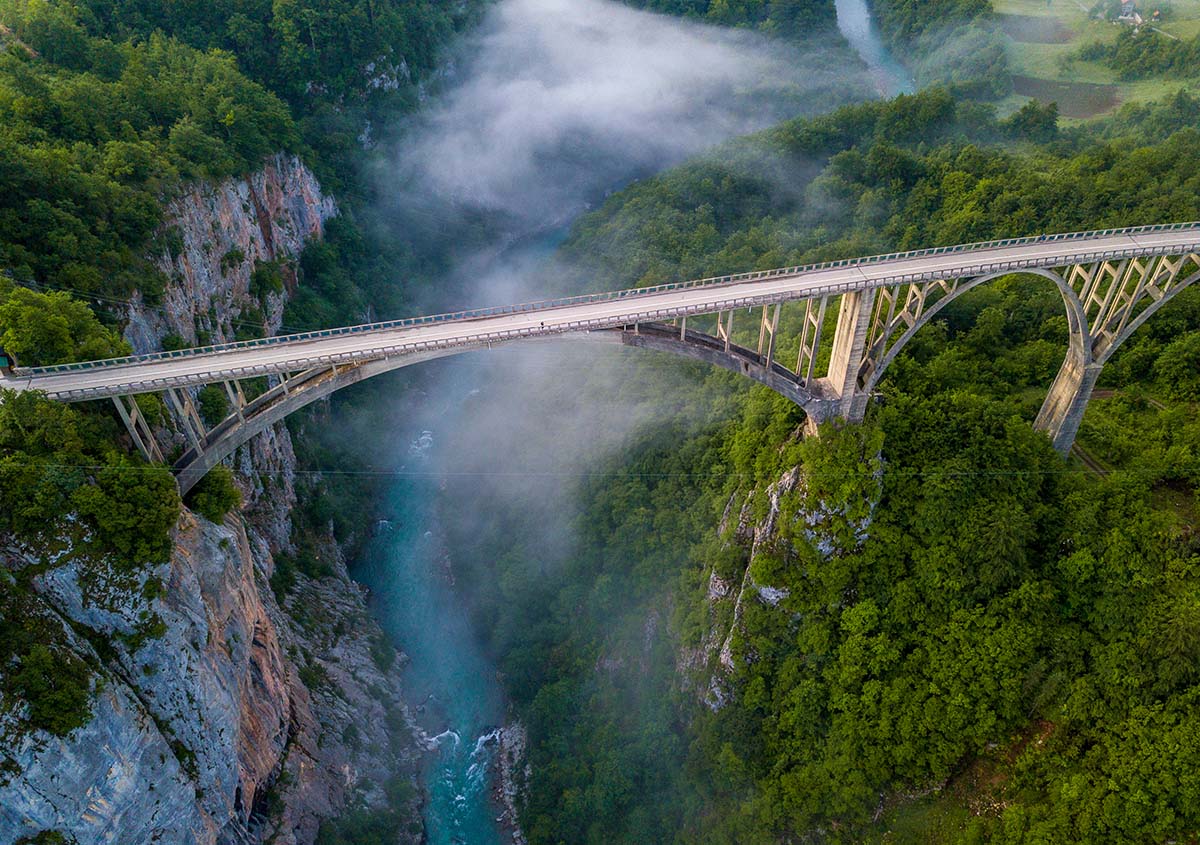