Rizvanbegović Family – Stolac Nobility in the Past and the Present

Herzegovina, many locals refer to it as a Bosnian California. Specificities of the region as regards the natural characteristics differ significantly from Bosnia. Herzegovina savors in a plethora of sun, dry heat, flower scents, mild winters, genuine and temperamental people. In one word more than 300 words per year. Rational conclusion would be that this is a recipe for success indeed. History, God-given gifts combined leaves a lot of space to celebrate life. We cannot escape a turbulent periods in through the evenly turbulent history. These moments have left its trail and partially shaped and formed the identity and mentality of the locals. Apart from natural differences, historical circumstances starting from Middle Ages sealed this area with a trademark  of uniqueness and originality.

Herzegovina, in Medieval period known as Hum lands was ruled by the local noble family of Kosača. Most distinguished family member was Stephen who ruled the region between 1435. and 1466. Among the present Balkan states he’s well-known as a Stjepan or Stefan, all depending who refers to him. Close ties and contacts with all religions and authorities were his essential tool of being. Such politics elevated and promoted him as one of the most capable and skilful diplomats of its time.

He was aware of the capabilities of his dukedom. With the aim to build up the economy, he initiated manufactured production of wool fabric in the town of Novi. This sparked the war with the city-state of Dubrovnik, but being in a war with almost everybody, wasn’t unknown to Stephen. Town of Novi, founded by the most authoritative Bosnian king Tvrtko I, was Stephen’s littoral residence.  After his rule over Novi the town got the prefix Herceg (ger. Herzog– duke) in its official name. This hasn’t changed ever since.

Old Town of Blagaj which is locally also known as Stjepan-grad is a town-fortress that is built on a high, inaccessible karst hill above the source of river Buna near Blagaj. It was a primary residence and seat of the Herzog Stephen.

Father of his third wife, german princess Cecilia used to address him as the herzog. He obviously liked it and continued to address himself as “herzog” too. During his lifetime, he refused to recognise the accession of King Tomaš (eng. Tomas), and thus recognizing the suzerainty first of the Ottoman Empire, then Aragon. During the same period, he managed to marry his daughter of Katarina (eng. Catherine) for Tomaš. She was a last queen Mother of Bosnia. With making alliances he was successfully equilibrating on the shaky historical soil.

After the Ottomans conquered his former duchy, soon after it they organised it as “sanjak” (eng. Province). It was named Herzog’s land, subsequently Herzegovina.

A story of Herzog Stjepan was a prelude into the deeper story of subsequent rulers of Herzegovina. Profound, wise and, above all, resourceful approach on a Balkan intersection was the only way to subsist historical turmoils.

400 years after Herzog Stephen lived and ruled over Herzegovina, a town of Stolac gave an unprecedented historical figure. Here is the word about Ali-pasha Rizvanbegović. He had a renowned pedigree as being a member of an Stolac noble, family of local Captains. Captaincies in the of the Ottoman Empire were organised with the purpose to strengthen frontier regions. Since the 1699 borders of Bosnia were westernmost borders of the Empire as well. Therefore, the local nobility had certain privileges that haven’t existed in any other ottoman province.

Ali-pasha started his rule after his father’s death in 1813. For the next 20 years he served as a Stolac captain. Since the Ottoman Empire was forced to reform its structure, by all means, that sparked contentment or discontent. All depended whom was affected, and in which way. Among the bosnian muslim nobility there was a huge resistance for these reforms, since that would mean loss of previous benefits. Discontent erupted in 1831, which resulted in broader movement for the bosnian autonomy. 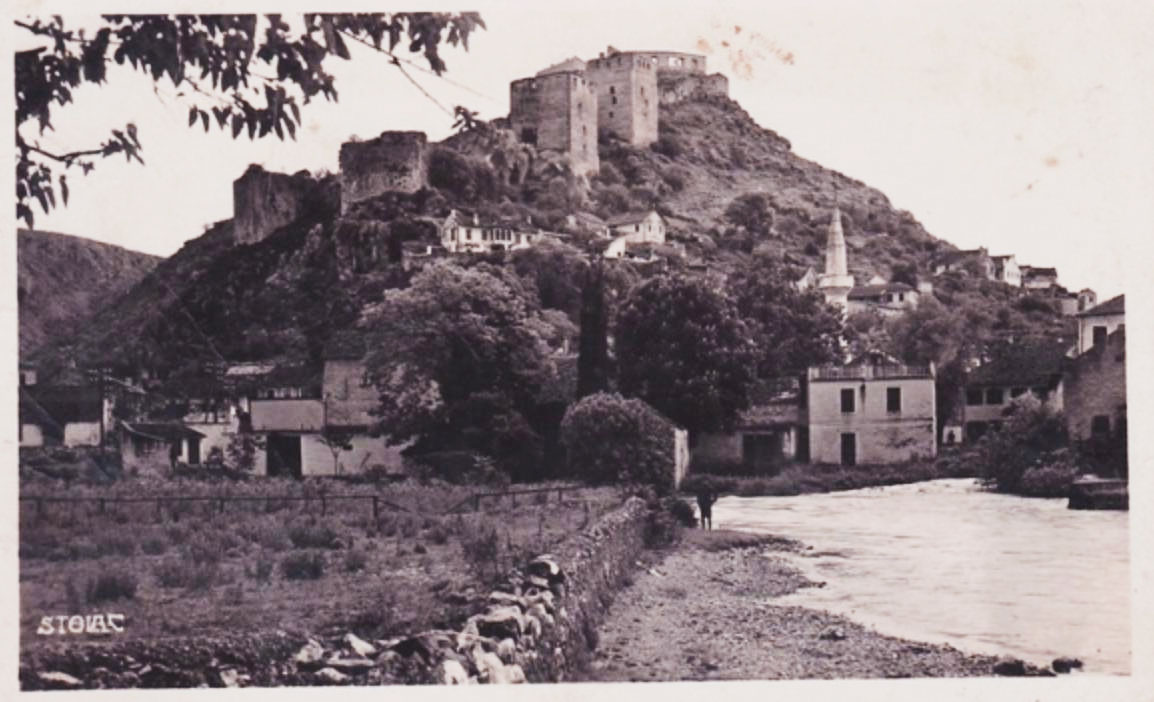 You’re probably asking yourselves, why is important to mention this? Such reaction was historic precedent, and a central government in Istanbul had a hard time to pacify the Bosnia. That wouldn’t be done properly, or at all, without cooperation of Ali-pasha Rizvanbegović. Together with some other Herzegovinian captains he decided to withhold  his support to the leaders of the movement. 189 years since these events many competent scholars do share the opinion that Ali-pasha had a crucial role. Without his support the whole movement haven’t succeed. Thus, Ali-pasha got the vizier title, and Herzegovina itself was raised to the level of separate province.

Last senator of Herzegovina in the light of reformation and benevolence

After 1833. Ali-pasha Rizvanbegović commenced the golden era of economic and social reforms. When appointed, he moved to Mostar, a large town in a newly formed province of Herzegovina. Being overwhelmed with distrust he surrounded himself with loyal people from Stolac. Interestingly, during his inauguration speech he called nobility from Bosnia šljivari (eng. plum eaters). Such qualification wouldn’t be taken today as a derogatory, but linguistics changed a lot ever since. Moreover, it shed light on the agricultural differences between the two regions. Plums could be harvested in Herzegovina, but it’s not a most popular and widespread fruit.
On that note, as a self-confident new vizier, and a visionary he decided to alter and enhance efficiency of agriculture. Totally new food crops such as rice, mulberry, olives, grapes. 6 km far from the Stolac town, he planted the first olive groves in Herzegovina. This place is called Masline(eng. Olives). Being aware of the natural amenities of the region his aim was inauguration of self-sustenance.

Therefore, he brought an expert to grow rice near the town of Ljubuški. Most of the locals complained, but they were forced into cooperation. Time that passed showed he was right, and soon after 1834. Herzegovinian rice became a brand. Italian imported rice will be soon pushed out from the area. Some other cultures, such as potato, tobacco and corn will be cultivated as well. Apart from agriculture, a first sawmill on the Buna river was built in 1848, together with afforestation activities.

As it is known, when the notables in Islamic countries offer all or some of their assets to the public interest, this is called waqf (eng. foundation).  Thus, the individuals transfer their revenues for an unlimited period of time to the foundations, which they have founded or previously existing ones, in order to support them and help the needy. Ali-pasha Rizvanbegović also devoted part of his properties in conformity with this tradition.

Ali-pasha’s and Herzegovinian development and “golden age” lasted only for 18 years. In 1851. he opposed the elimination of the Spahi military system. For the opposition to the sultan, like his Bosnian fellows 20 years before, he paid the highest price. Herzegovina lost an “independence” from Bosnia. It formed again the natural integrity of the most magical country. And in famous and stunning Ferhadija Mosque in Banja Luka lies the Ali-pasha’s tomb.

Soon after the organization of captaincies was abolished, Rizvanbegović family started the construction of Begovina. Sublimated in one sentence, Begovina is a one of the rare preserved examples of the authentic Ottoman residential complexes. Four of the Rizvanbegović brothers, including Ali-pasha, were constructing its long-term place of living. It would be hard, maybe impossible, to find a place where the heritage of our forefathers is presented in such romantic feel through the culture, tradition, science and history.

As mentioned, Begovina is divided into four parts. Entering in a complex it becomes very obvious living space gradation from public into the private. From the lobby under the open sky, the complex is spreading towards semi-private and then into a totally private courtyards.

Apart from these strictly private housings, five lodging for the guests were constructed as well. Each of these was equipped with hamamdžiks (eng. home bathroom), and every room had a fire place. From a one house we see a 13 chimneys jutted out of the roof. Bregava river is deviated through the small canals through the every single courtyard.

Begovina is a combination of a ruler’s wish, architectural vision and construction workmanship that could be hardly seen anywhere. Situated some 1.5 km upstream of Bregava river, it was a deliberately distanced from what is a town center nowadays. Four of the main private houses with courtyards are strictly divided with a stone walls. Entire Begovina is fortified complex and Bregava river represents a natural protection from the western side.

Story of Fahrudin Rizvanbegović is unavoidable when promoting Stolac in all of its glory. He is one of the living “trademarks” of this marvelous town. Descendant of the so important and influential family he continued with a tradition of living in Begovina. Fahrudin is a retired professor of Bosniak literature.

While studying in Zagreb, and being a member of the 1968 “rebel generation” when preparing his thesis defence he asked for impossible. “Be realistic, ask for impossible” was a motto of that generation. Therefore, in accordance with that he proposed a politically very delicate thesis: “Mak Dizdar – Bosnian writer”. Two years before that in 1966, Mak Dizdar published his epochal book of poems “Stone sleeper”. This literary work made him a top-rated poet in Yugoslavia at that moment. Dizdar was born in Stolac as well, thus it was infinitely important for one small community to brag with such success.

In that time, Bosnian literature within Yugoslav scientific circles haven’t existed. Only Serbian, Croatian and Slovenian. Somehow, Mak Dizdar was put into a Croatian component of the Yugoslav literature. Ironically, his brother Hamid Dizdar, also a writer, ended up within Serbian component. While provoking unfair organization, his professor allowed him to successfully bring his thesis defense to an end.

An interesting anecdote took place in these times. Fahrudin wanted to make out of his home in Begovina a literary saloon, which he managed to do later on. But first, he wanted to host a poet star Mak Dizdar in his house. When they arrived, Fahrudin’s father asked him: “Why did you bring this billy goat here?” Mak truly had a specific “goat beard” and that was one his trademarks. After that joke, he realised his father knew Mak pretty well from high school times. 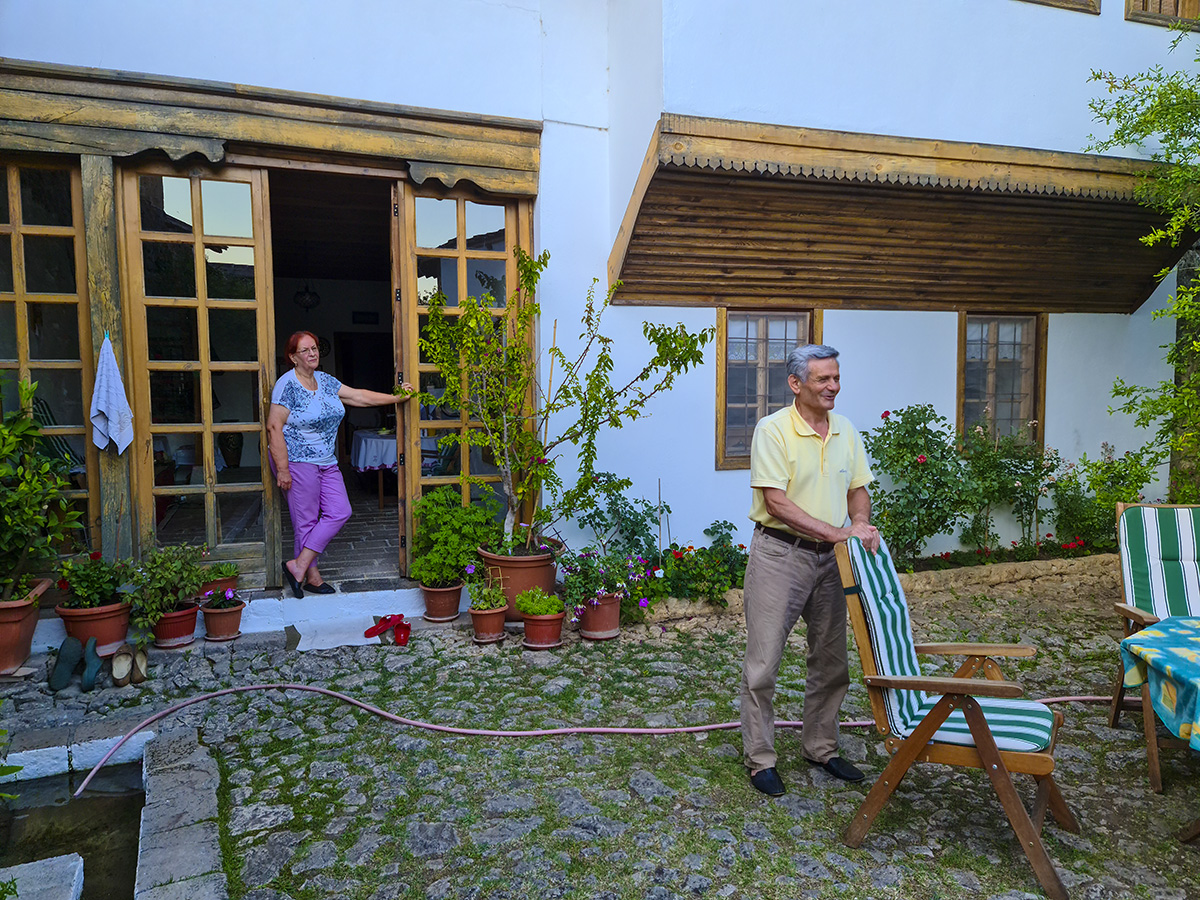 After studies he got the job offer to work as an assistant at the university as the best student in the generation. Unlike most people from smaller places, he refused an offer and decided to return to Begovina. Return was his mission, and for the first 4 years he could only work in a Juvenile detention centre. That wasn’t demotivating for him. Right after Mak’s early death in 1971. with other cultural workers he initiated the start-up of the cultural manifestation “Slovo Gorčina”. This appointed the town of Stolac into the top of cultural activities during the Yugoslav period. His house in Begovina indeed became a literary saloon as originally planned.